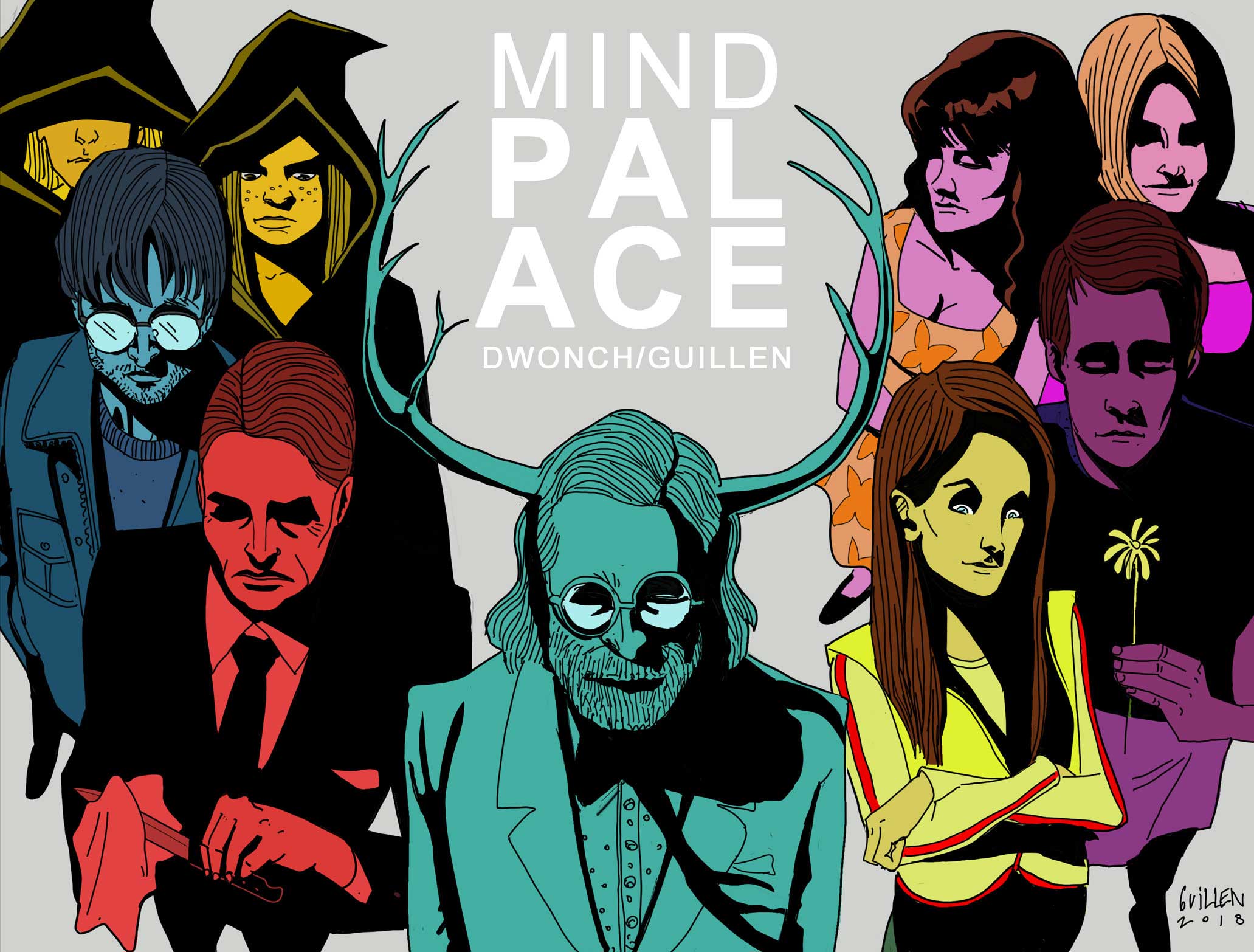 Comics creator Dave Dwonch (‘Cyrus Perkins and the Haunted Taxi Cab,’ ‘Infinite Seven’) has been a fan of Bryan Fuller’s for a LONG time. Since the debt of Fuller’s ‘Dead Like Me’ in 2003, Dwonch has been fascinated with the meteoric rise and quick demise of Fuller’s creations. From ‘Wonderfalls’ to ‘Pushing Daisies’ to ‘Hannibal,’ Bryan Fuller’s creations have been acclaimed by both critics and fans and garnered worldwide attention, only to be canceled within three years. That’s where Dwonch comes in.

“It’s clear that Bryan poured his heart into every single project he’s worked on, and his genius is obviously there on the screen. I can only imagine how much it must have hurt losing any of these shows. You go through the grieving process and tuck the memories into your mind. That’s the real premise of Mind Palace,” Dwonch reveals. The Mind Palace is a place where Bryan has sequestered his creations away. He hasn’t forgotten them, just given them a new purpose as the caretakers of a bed and breakfast in the back of his brain, the “The Fuller House.” Imagine a world where Hannibal Lecter is the Executive Chef to Ned’s (Pushing Daisies) Pastry Chef, where actress Caroline Dhavernas’ Alana Bloom (Hannibal) and Jaye Tyler (Wonderfalls) exist together. It’s a recipe for madness.

“Think of Mind Palace as Herman’s Head, but with 100% more murder,” Dwonch continues. “Some of these characters have been trapped in Bryan’s mind for years. It’s going to affect some of them in ways that are going to surprise readers. Things will get even more complicated as a certain someone comes to visit. We’ve got a lot of strange, scary things planned.” Mind Palace launched on San Diego Comic-Con Preview Night with the first complete chapter, and new pages are posted every Tuesday and Thursday. Dwonch and artist Santi Guillen have planned Season One to span an entire year and hope to continue into Season Two in mid-2019.
Read the entire series for free at https://www.mindpalacecomic.com and help keep the dream alive by donating to their Patreon at https://www.patreon.com/MindPalace.