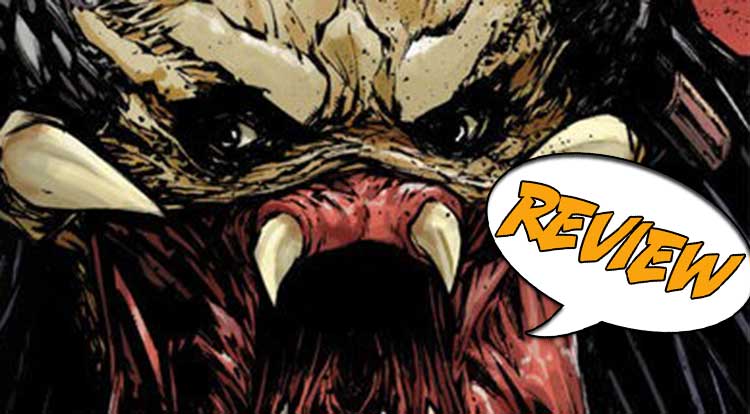 Violence, bloodshed, and heat, it all is a siren call to the alien hunters known as Predators. But as one Predator makes his way to the killing grounds of Afghanistan, what happens when he himself becomes the target for a group of hunters from among his prey? We will find out in Predator: Hunters II #1 from Dark Horse Comics. Previously in Predator: Hunters II: Jaya Soames’ Predator Hunters made a preemptive strike against a Predator on the island of Tehua. Though they were successful in their mission, many of her team were lost. However, a Predator Hunter has to be ready at a moment’s notice, and when footage is uncovered of another possible sighting, what’s left of the team head to Afghanistan to assess the situation.

AIN’T GOT TIME TO BLEED

In the mountains of Afghanistan, a Canadian engineer has been kidnapped by militants who are out to prove their worth. However, all is not as it seems, and the engineer is accused of being an agent for the United States Central Intelligence Agency. Bling folded and forced to his knees, his captors prepare to make a most grisly example of him as a warning to the United States. As he awaits his impending death, the man does not see the carnage which is unleashed around him as unseen weapons take his would-be executioners head, as well as his companions lives. As his blindfold drops away, he is confronted with the materialization of a Predator, slick with blood and holding a trophy before him.

Later, miles away in the Indian Ocean, on a private island owned by the Soames family, Jaya Soames is confronted with a problem. After the mission in the Amelia Islands went south, even though it was successful, she now has to face the majority of her Predator Hunters leaving the team. No amount of money will convenience them to stay. The remains of her team, Swain, Enoch & Mandy, now stand before her. Swain, whose actions played a large part in the loss of life on the previous mission, asks for another chance, and Jeya is ready to give it to him. She has come into possession of the video recorded during the kidnap of the previously mentioned CIA agent, video which has not been made public. She now has another market for her team of Predator Hunters.

Unknown to her at this time, a faction of the U.S. government took notice of the aftermath in the Amelia Islands. Even as Jaya and her team fly to Afghanistan to perform reconnaissance on their latest target, men radioactive suits are comparing the findings on Tehua Island with a similar incident in a 1987 explosion which took place in Central America.

In an interesting piece of comic book kismet,  Chris Warner (X, Comics Greatest World: Steel Harbor) is the writer of this latest installment of the Predator Hunter’s story. Warner was the artist on Dark Horse Comics’ first Predator story, Concrete Jungle, way back in 1989. He has a history with the character that dates back to the Predator’s first comic appearance, so is the love of the character is evident in these pages. Warner has begun an excellent story with the first Predator Hunters book and this new series continues it nicely. He seems to have an understanding of the character. Some past writers have delved extensively into the backstory of the Predator race and their connections with not only Earth but other species, but that is not the case here. Here, the Predator is clearly an antagonist and Jaya and her team are the dark heroes; knights-errant on a mission to slay a deadly beast. Slipping the Predator into a target makes for an interesting dynamic, as we get to see the hunter become the hunted. Excellent work from a true veteran of the field.

In this installment, the art duties are handled by Agustin Padilla (Suicide Squad: Hell to Pay, Fury’s Big Week). What strikes me most is how the art seems to callback to that original Concrete Jungle series. While it is unique and modern, there is something about the angles and the edges that remind me of the old Dark Horse style from back then. When Padilla’s excellent art is combined with the skillful colors of Neeraj Menon (John Carter: Warlord of Mars, Turok: Dinosaur Hunter), it is a fan’s dream. The art team goes from dark and bloody to bright and open easily, a task not always achievable.

BOTTOM LINE: PREDATOR: HUNTERS II #1 SHOULD BE ON YOUR TARGET LIST