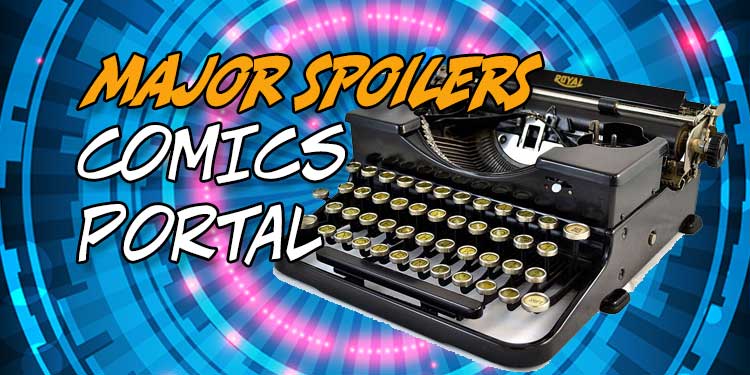 COMICS PORTAL: Writers Should Be Popular, Too!

I noticed plenty of long lines for artists, and it turned my thoughts to a certain hobby horse of mine – that writers should get more attention than they do!

WHEN I FIRST REALIZED WRITERS SHOULD BE RECOGNIZED MORE I was at a Farscape convention in Burbank, California, years back. Of course, the actors were all there, and they received lots and lots of adoration. I adored them, too!

But something interesting happened when someone announced that Rockne O’Bannon, one of the folks who wrote a lot of wonderful episodes, was there. The person said, “Well, he’s available if anyone wants his autograph.” A disgruntled “humph” rose from the audience, and a long line left the auditorium and formed to get his signature as well. Even he was surprised by how many people wanted to interact with him.

I was thrilled and thought, “Wow, I’m so glad so many fans paid attention to the writing on the show,” something I really appreciated. But the attitude that many people just might not want to talk with a writer was shocking to me. OF COURSE I want to talk with that person, especially if he or she is a great one! In fact, as much as I love artists, I appreciate what writers contribute to both TV/movies and comics!

Look, I know that comics are a visual medium and that the artist is critical to telling a story. Also, the best comics are that perfect balance between artist and writer. But because writers don’t produce posters and artwork much of the time, I feel they are overlooked.

If someone reads from a script during a convention, you can be certain that they’re not going to attract the audience that an artist will. I’ve sat in such panels, and some listeners get glassy-eyed if the selection is longer than, say, five minutes. Some later told me that it would have been more interesting if it was shown with animation or some other kind of visual storytelling. I admit that I just don’t have the time to read novels when compared to comics. I can often read a comic in five to ten minutes. A novel? Maybe hours at a time to get through it. That doesn’t mean I don’t EVER read novels. If a new Harry Potter or Dresden Files novel comes out, I’ll put my head in it when I can until I’ve finished it. But since I’m a very busy guy, I just can’t devote much of my time to other novels, even when one author followed me around a convention floor, begging me to buy his book. I studiously avoided that part of the convention the rest of the time. But I did see him doing the same to others.

Now, don’t get me wrong! I love reading novels when I can. Words are wonderful things, and I enjoy editing them and making them better in sentences as an editor. But I just can’t spend the time in this kind of storytelling right now.

I have to take the blame partially for writers not getting the attention they deserve because of that attitude. I’ll try to do better!

I’ve heard several reasons (excuses?) for why people prefer artists over writers besides the ones I’ve mentioned here already, but I won’t go into them right now.

I’m also fascinated by writers who become artists or artists who are great writers. I’m always interested in the creative process, and crossing that bridge is something I want to understand more. Despite the lines at conventions, I want to implore you who are reading this column to pay more attention to the comics writers. I mean, people like Scott Snyder and Mark Waid, well, those are some of the best known (and also “best” in my opinion) writers in the industry today. Yes, folks like these do get longer lines than other writers, but we could do better!

When I was a young comics reader, I suddenly discovered that when certain writers were involved in the story of a title, I liked them more. Thus I began to search out the writers I enjoyed best even if the art wasn’t exactly what I wanted. Just to be clear, there are also artists I follow regardless of who is writing that book at the time. Their art is just that good!

As I’m writing this, I just received an invitation to join a Facebook group called “Fans of Mark Waid.” I immediately joined it, naturally! That guy can throw curveballs as good as the best baseball pitchers, only it’s in the written word! I’d love to get to discuss his creations more!

The point I’m trying to make is that writers deserve more attention than they get! They are an important part of the creation of comics, and I would ask that you just keep your eyes out for the ones who tell the stories that touch you most! And maybe stand in line to get their autograph or chat with them briefly when you go to a con? Please?

What do you think? Are artists more important than writers? What has been your experience with them? Are the best ones a collaborative effort between the two? Whatever your opinion, please share your thoughts in the space below!