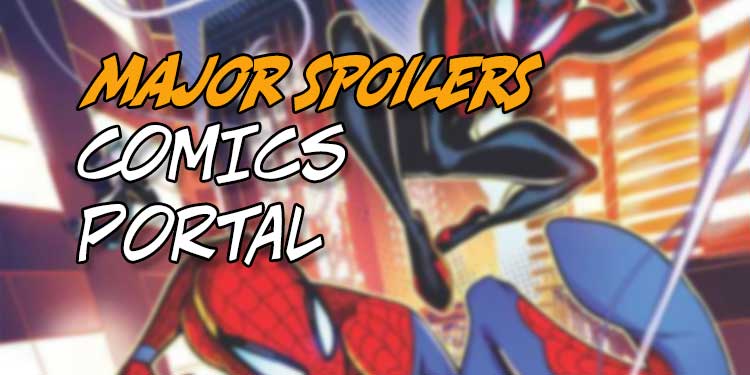 COMICS PORTAL: SDCC 2018 and the Future of the Industry

It’s hard to believe, but this year’s San Diego Comic Con has already concluded! It was a fun one, with lots and lots of news in the industry as well as related TV shows and movies. MajorSpoilers again led the pack with SDCC news and coverage!

As far as the industry goes, after Free Comic Book Day, SDCC is the next biggest event. News, interviews, games and just about everything else goes on there.

I did find myself thinking that this year’s SDCC did reflect changes in the comics industry, perhaps more than ever.

One of the biggest news stories, in my estimation, happened right near the beginning of the con. It had to do with IDW working with Marvel to produce comics featuring the heroes of the House of Ideas specifically for younger readers. Here’s the link: http://majorspoilers.com/2018/07/17/marvel-and-idw-publishing-team-to-create-new-comics-for-young-readers/.

Marvel Entertainment and IDW Publishing announced today that the two companies will develop middle-grade comic books designed for younger readers. Featuring some of Marvel’s most popular characters, the monthly issues and trade paperback collections, published by IDW, will be available for sale at local comic book shops and book retailers across the country, expanding opportunities for the next generation of Super-Heroes to experience the Marvel Universe.

And one more paragraph:

Launching in November 2018, the Marvel and IDW collaboration will kick off with a Spider-Man series featuring both Peter Parker and Miles Morales, followed by an Avengers series beginning in December and a Black Panther series in January 2019. Each of these titles will serve as an easily-accessible jumping-on point for younger readers to follow the adventures of their favorite characters.

I did get to talk with someone from IDW about this announcement, and you’ll hear that in an upcoming episode of my podcast. I asked about why Marvel wouldn’t publish these books themselves. Won’t be long before you’ll hear his response.

Me, I see this as the beginning of an interesting trend. IDW has become known for working well with famous franchises, including Star Trek and TMNT, among others. IDW does well when reaching out to younger audiences. This doesn’t mean Marvel can’t do it… It just seems that IDW has more and better experience at it.

It’ll be really wild if we see DC follow suit and produce a younger audience comic with IDW… if the current one at Walmart doesn’t fly, for whatever reason. I’ve often fussed with SDCC about still calling themselves a “comic con” when it seems that less and less of the event focuses on comics.

Maybe what’s making up some of that time are comics-related shows and movies releasing trailers for upcoming releases, including Shazam, Aquaman, Young Justice, Teen Titans GO and others. (Sorry, I never made it to the Marvel booth!)

Still, artists and writers garnered long lines for autographs at SDCC (I was able to see Marvel from a distance okay.)

I am intrigued that some companies, including DC, have started having artists drawing images that reflect onto a bigger screen behind them as they are talking with a panel host. That’s good because artists have often had reputations for thinking visually and not verbally. That they can do both, well, that’s something that could draw more artists to my podcast, for example.

Still, the trailers were available on the Internet in a very few minutes, if that long, after they were seen by fans at SDCC. There are very few secrets in the industry any longer!

Speaking of which, I know of at least a few comics companies who were meeting with production teams during SDCC to scope out interest for moving their books to the small or big screen. I always feel that every show or movie is a commercial for the comic book of the same name, so I’m all for this!

FANS ARE NOT NECESSARILY LOOKING FOR THE BIG THREE

Once again, I was helping Richard Rivera with Scout Comics’ Stabbity Bunny as much as I could at SDCC. (That means, when I wasn’t running errands or recording interviews for the podcast.) I heard something interesting several times during the event.

Several people said they had lost interest in “the big three,” as they put it. Marvel, DC and Image didn’t seem to produce comics that told stories they liked. Instead, they were turning to Indie comics as new source of storytelling.

Reasons focused on the ability of Indies to make major changes in the status quo of their comics, unlike books like, say, Batman, where the hero must return again the next issue and may be under the command of a new creative team. The previous team must be sure to return the Dark Knight to where he started that previous issue so the next folks know where to start–the same place, of course!

Indies can kill the lead character if the writer feels that’ll be a good move for the comic. They’re not beholden to larger corporations who have sold the rights to their character to Underoos, Pops and other money-making groups. They can worry about the story first!

The question is, of course, are these movements that reflect the future of the comics industry? I think some of them are, but others aren’t. It’s been years since comiXology came around, and people wondered if they would ace out print copies. That hasn’t happened — at least, not yet!

The industry needs to find a way in which they can tie into the movies focusing on those same heroes more directly. Anyone have any ideas on how to do that?

There is movement happening, but it’s not overnight as it was in the album to CD transformation. Time will tell if this year’s SDCC accurately forecast the future of the industry.

What do you think? Does Marvel working with IDW foretell a future with more companies working together? Can movies be used to promote related comics better? Be sure to share your opinion and thoughts in the space below!