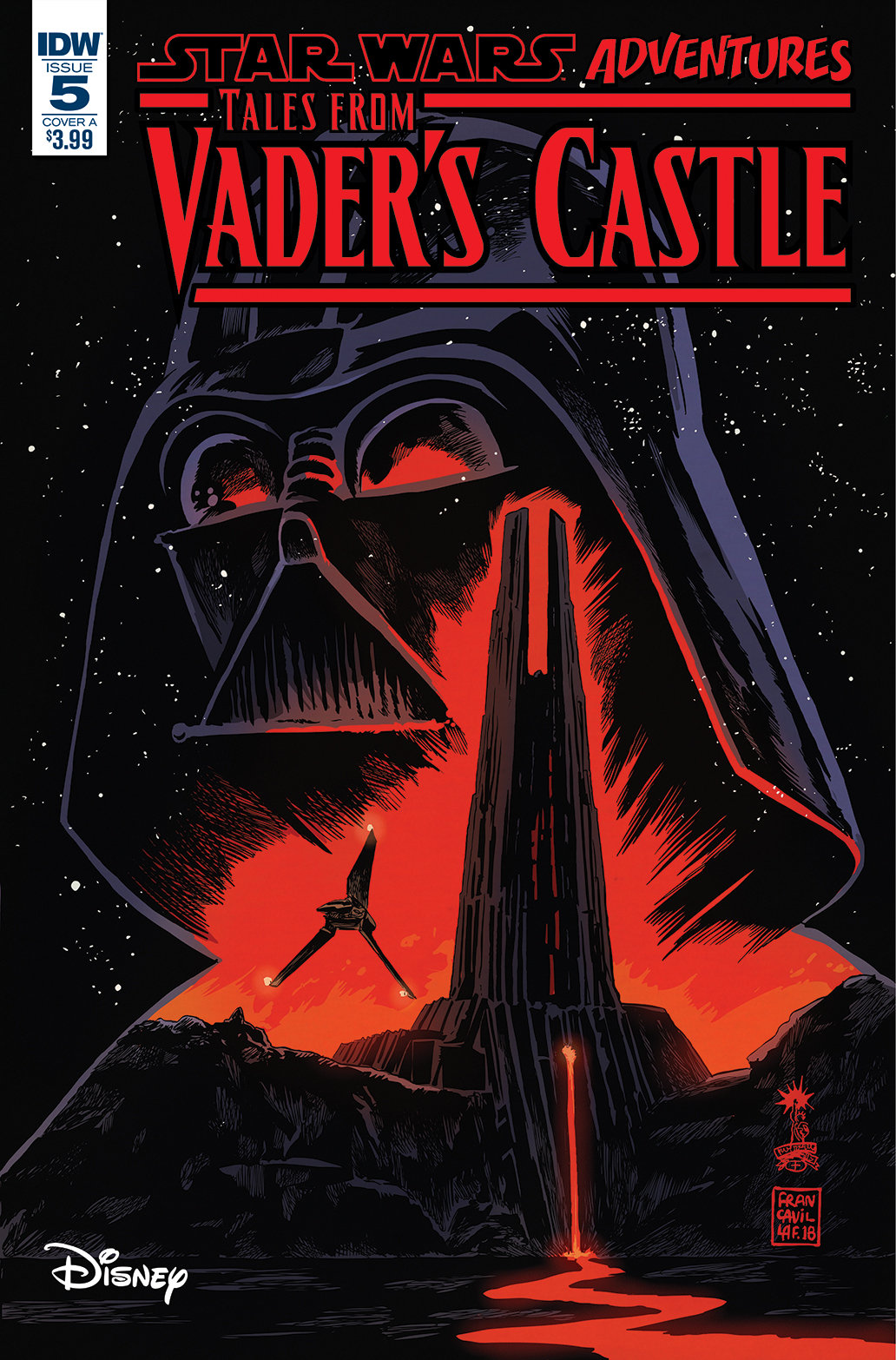 Are you ready for some spooky stories set in the Star Wars Universe? IDW Publishing has announced Star Wars: Tales from Vader’s Castle, an all-ages series arriving in time for Halloween.

The series will be written by Cavan Scott and artist Derek Charm, with an additional rotating roster of artists for each of the five issues.

The weekly series features beloved characters from throughout the galaxy, including Rebels stars Hera, Kanan, and Chopper; Obi-Wan Kenobi and Count Dooku; Han Solo and Chewbacca; and the Ewoks! What frights and scares await them in Darth Vader’s castle?

“We’re thrilled to welcome the creepy Cavan Scott, the frightening Francesco Francavilla, and an array of eerie artists into the creepiest corners of the Star Wars universe for Tales from Vader’s Castle,” says Michael Siglain, Creative Director of Publishing for Lucasfilm. “There’s no better way to celebrate Halloween than with these spooky stories from a galaxy far, far away.” The series will arrive every week in October.