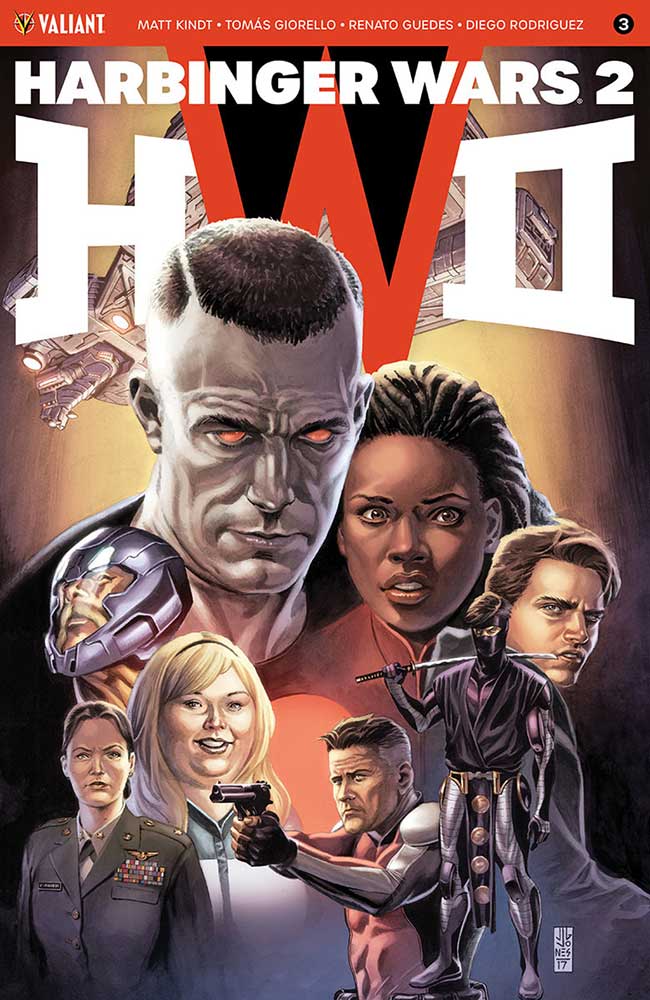 HARBINGER WARS 2 #3 (of 4)
Written by MATT KINDT
Art by TOMÁS GIORELLO with RENATO GUEDES
Colors by DIEGO RODRIGUEZ
Letters by DAVE SHARPE
Cover A by J.G. JONES (MAY182076)
Cover B by MICO SUAYAN (MAY182077)
Interlocking Variant by JUAN JOSÉ RYP(MAY182078)
HW2 Icon Variant by FELIPE MASSAFERA (MAY182079)
Pre-Order Edition by TOMÁS GIORELLO

All hands on deck!