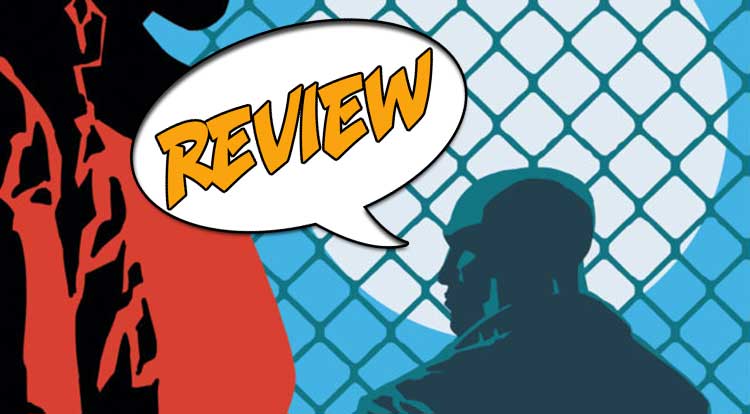 What price will LAPD cop Richard Grand pay to seek revenge for the rape of his wife?  Lowlifes #2 continues his journey into the heart of darkness from IDW Publishing. Previously in Lowlifes: Since the rape of his wife, Richard Grand has wrestled with how to make her attacker pay.  As a cop, he knows which side of the line he must stay on, but that’s easier said than done when your wife is the victim.  Find out in Lowlifes #2 how Grand deals with his dilemma as he explores the outer limits of his personal morality.

Good cops turning bad are a dime a dozen in the crime fiction field.  There is an allure in putting aside the badge and giving into the seeming freedom of crime.  Clint Eastwood’s Dirty Harry is the perfect exemplar of this, creating an amoral police officer whose every action seeks to prove the ends justify the means.  Done well, stories like this can be as riveting as Denzel Washington’s performance in Training Day.  Handled badly, as we see in Lowlifes #2, and it can be a dull, plodding read.

The premise to this series is nothing new.  After arguing with his wife, Richard Grand leaves home and meets a woman in a bar.  Sometime later, he returns to find his violated wife and is then attacked by her attacker.  Lowlifes #2 opens with those scenes, which are undoubtedly powerful.  Unfortunately, the rest of the issue is a slow, meandering look at how Grand comes to the decision the reader knows he was going to make from issue 1.

The essential element missing Lowlifes #2 is grit.  It should feel scuzzy and uncomfortable, and should put the reader smack bang in the middle of the situation.  We should get a stronger sense of how badly Grand is struggling with what he has to do to make things right.  Writer Brian Bucellatto misses an opportunity to insert doubt into Grand’s character.  Grand should be asking himself not whether he should turn bad for his wife’s sake, but whether doing so will achieve anything but inject more darkness into his life.  None of this appears in the issue.

Bucellatto manfully tries to give Grand’s dilemma any sense of weight and for the most part, fails.  Grand never seems to really agonise over the choice he has to make; whether to stay clean and watch his wife suffer, or give in and throw his career and all he stands for away.  The series may simply have been better as a Straw Dogs style revenge fantasy, opening with Grand already deeply corrupt, a desperate cop searching for a way out of the cage his decisions have led him into.

Instead, Lowlifes #2 limps along, as Grand moves from the opening flashback, to a false start in a bar, to a meeting with a junkie, then back to the bar and an odd scene between himself and Wendell, the local crime lord.  Apparently, tossing a baseball back and forth is a good way for a cop to throw in with criminals.

Artist Alexis Sentenac makes a better fist of his side of the storytelling.  He doesn’t shy away from confronting imagery, particularly the after effects of violence.  There is some excellent work in several panels were Grand rides his motorcycle to rescue an assault victim.  Some of the art feels a little static, but overall, where the weaknesses of the story are mostly in the writing, on the art side at least, things hold up tolerably well.

Lowlifes #2 is very much a missed opportunity.  For an issue that should depict the anguish that Grand is feeling over how to deal with his wife’s rapist, it comes across instead as having been made with no real torment at all.  For a book like this to succeed, Lowlifes #2 had to embrace the darkness at the heart of the concept.  Sadly, on that score, the issue mostly misses the mark.

Lowlife’s #2 examines every husband’s nightmare, every cop’s dilemma.  When does the search for justice become a quest for vengeance?