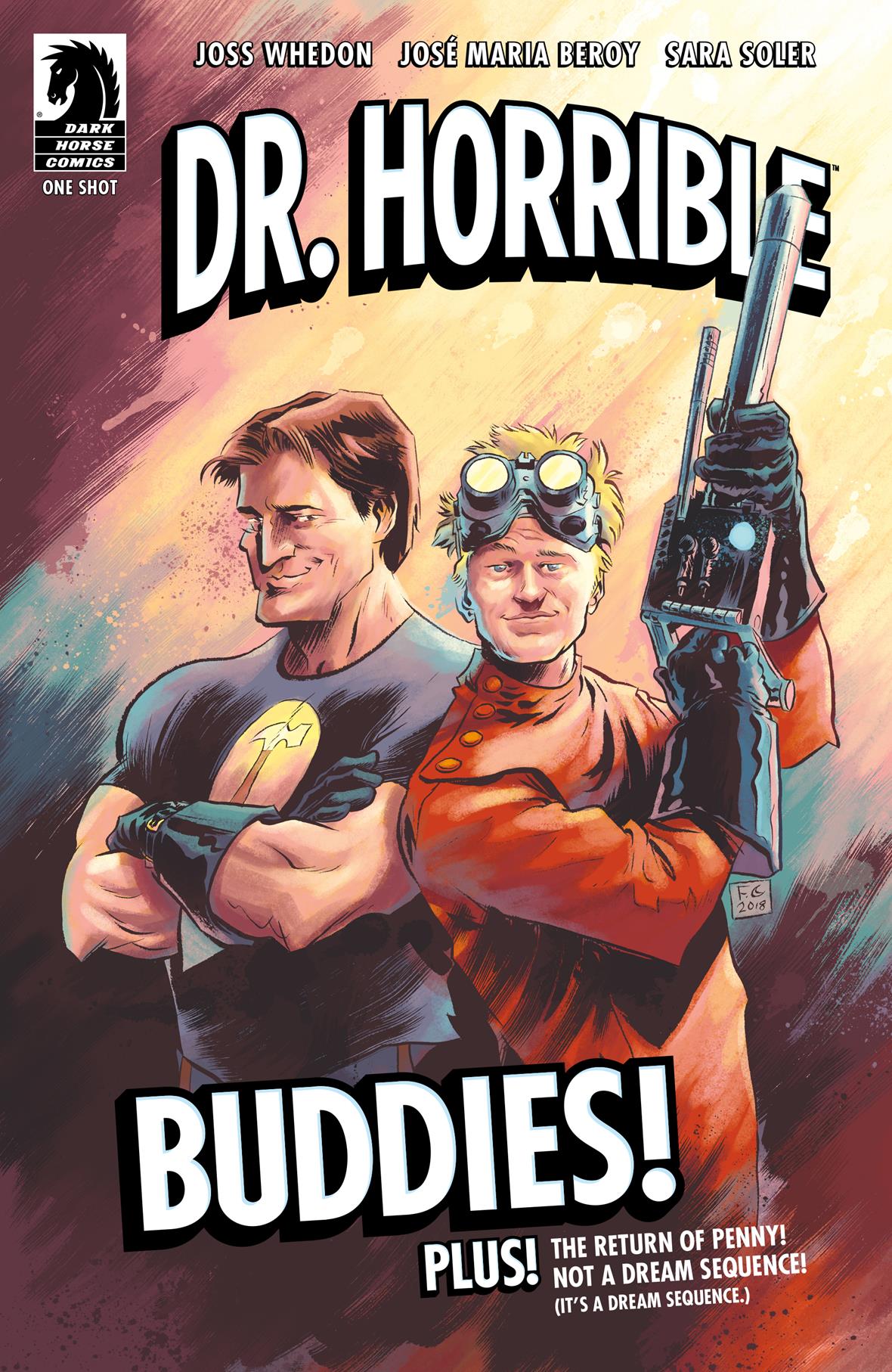 Upon its release in 2008, the Emmy and Hugo Award-winning Dr. Horrible’s Sing-Along Blog became a pop culture sensation. Created by Joss Whedon and written by Whedon, his brothers Zack and Jed Whedon, and Maurissa Tancharoen, this made-for-web movie musical tells the story of Dr. Horrible (played by Neil Patrick Harris), an aspiring supervillain; Captain Hammer (Nathan Fillion), his nemesis; and Penny (Felicia Day), a charity worker and their shared love interest.

In Dr. Horrible: Best Friends Forever, the time temptress herself, HOURGLASS, is in dire trouble and turns to that team of famous best friends, Dr. Horrible and Captain Hammer, who are best friends, yes they’ve always been best friends why are you giving me that look?

“What a pleasure it is to be back in this world, putting words into these characters’ mouths and saying, ‘say these words, mouths’ and then they do,” said Whedon. “Each member of the Hammerverse—sorry, Doc, that’s what it’s called, he registered it—is a delightful, bigger than life character, but more importantly, on a very human level, they’re idiots. You will thrill to their adventures and weep for their pain, or maybe not weep, maybe just, I don’t know, itchy nose. Based on Actual Events.” Whedon has proven to be a Comic-Con favorite since his first visit in 1997. He is the writer/director of the first two films in Marvel’s “Avengers” franchise, and wrote the acclaimed horror film “The Cabin in the Woods” and animated classic “Toy Story,” the latter of which earned him an Academy Award® nomination. On the television side, Whedon is the creator/producer of “Buffy the Vampire Slayer,” its spinoff “Angel,” cult hit “Firefly” and Marvel’s “Agents of S.H.I.E.L.D.” Earlier this month, HBO announced that the network landed Whedon’s upcoming high profile series “The Nevers,” which Whedon created and will write, produce and direct.