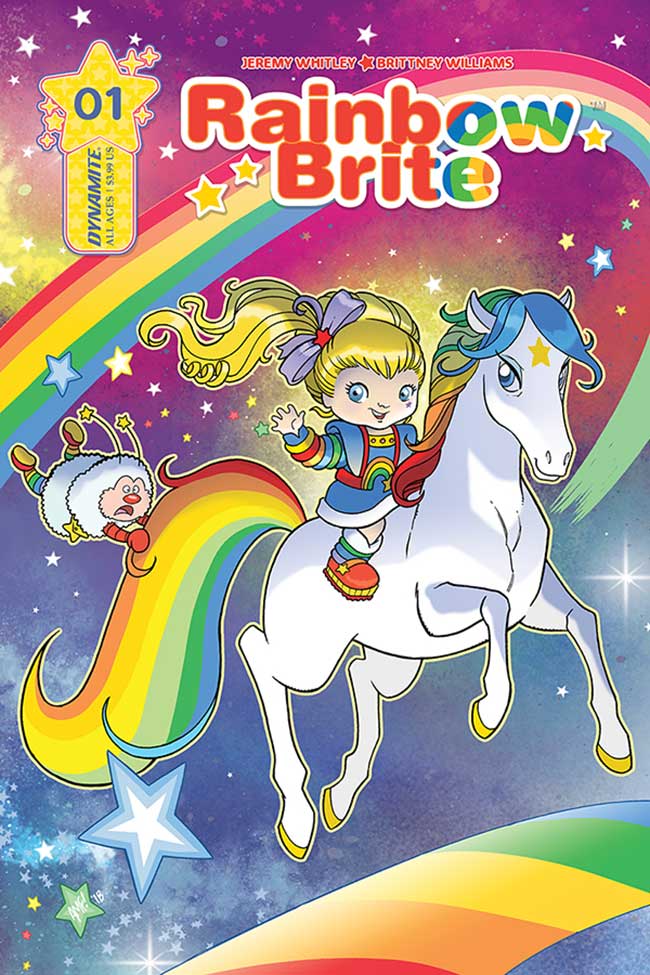 Dynamite Entertainment has announced it is teaming with Hallmark to bring the adventures of Rainbow Bright to comic book fans in October 2018.

Jeremy Whitley will pen the adventures as Brittney Williams delivers the art in this brand new adventure.

“Rainbow Brite captured the imaginations of kids born in the ’80s (like myself) as a fantasy heroine who could change the world not just through magic, but through kindness,” stated author Jeremy Whitley. “She is a symbol of what can happen when we all work together and fight back against the shadows that want to drain all of the color from the world.”

In Rainbow Brite, Wisp and Willow are best friends who live in a small town. They are inseparable until one night Wisp discovers something is stealing the color from the world. To escape their grasp, Wisp must use her wits and the help of a new friend…from somewhere else! Then the adventure begins…

“The world needs a young hero clad in a rainbow now more than ever in a world where things are often simplified into black and white and it’s easy for people to turn their back on people not like them,” added Whitley.

I was rather surprised this book was coming from Dynamite Entertainment, who I usually associate with Red Sonja, Dejah Thoris, and Vampirella. Seeing Rainbow Bright land at the publisher is kind of refreshing as it indicated Dynamite is looking to attract younger readers.