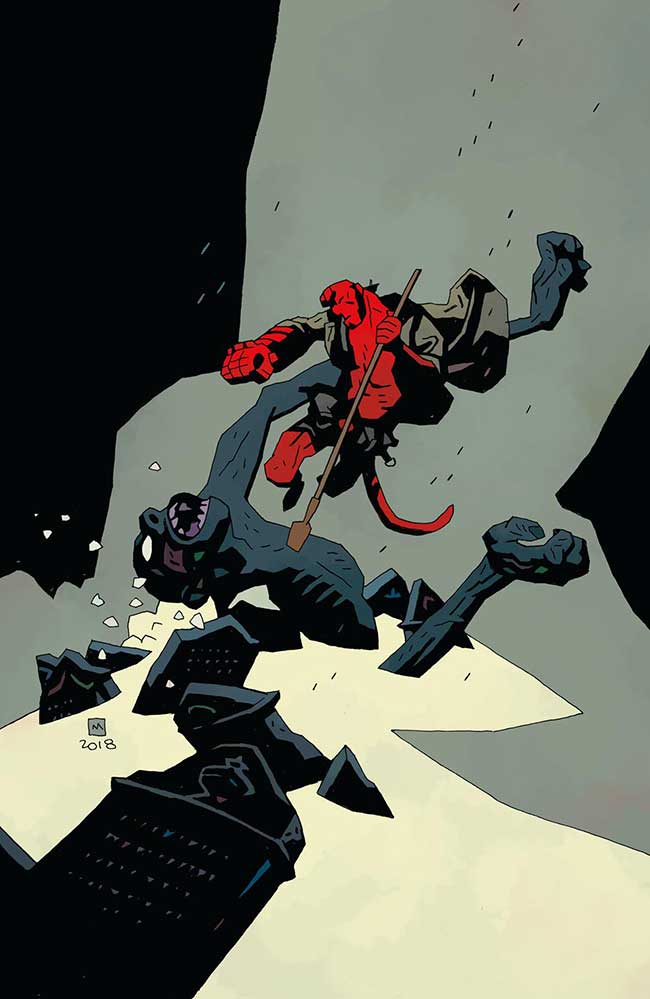 Just ahead of the San Diego Comic-Con, and just in time for the 25th anniversary of Mike Mignola’s Hellboy, Dark Horse Comics has announced three upcoming Mignolaverse projects.

The three new titles are:

Crimson Lotus five-issue mini series
Mike Mignola (W), John Arcudi (W), Mindy Lee (A), Michelle Madsen (C), Tonci Zonjic (Cover)
Issue 1 on sale date: 11/21/2018
Before she became Lobster Johnson’s biggest foe, the Crimson Lotus was a young girl whose family was caught up in the Russo-Japanese war. Thirty years later, the Lotus exacts her revenge with terrifying international ramifications, and two spies must try to chase her through China before they become flies in her web. Hellboy and the B.P.R.D.: 1956 five-issue mini series
Mike Mignola (W), Chris Roberson (W), Yishan Li (A), Mike Norton (A), Michael Avon Oeming (A), Dave Stewart (C), Dave Johnson (Cover)
Issue 1 on sale date: 11/28/2018
Pressure is mounting within the bureau to uncover the Soviets’ secret plans, but a suspicious cover-up leads one agent off the radar in search of answers. Meanwhile, demonic Soviet occult leader Varvara pushes her team to follow her own whims, and Hellboy is sent on the mission that would lead to his infamous misadventures in Mexico. But even more clandestine plots are at work—both inside the B.P.R.D. and out. Three different storylines are interwoven in this espionage saga. I am very excited we are getting all of these before the end of the year, and with Chris Roberson, Fabio Moon, and John Arcudi working with Mignola on these books, it’s going to be a big year for Hellboy comics!