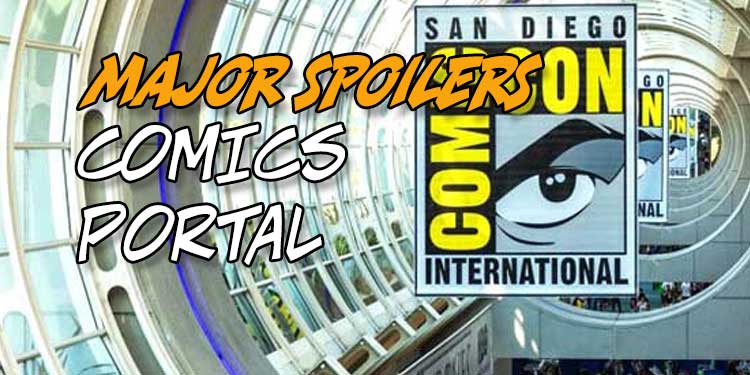 Like last year, I’ll be attending the San Diego Comic Con (SDCC) with Stabbity Bunny and friends, and things will once again be somewhat different in 2018! It starts this Wednesday at 6 p.m. PT and goes until Sunday afternoon/evening. As in 2017, I’ll be staying in an Air BNB location with other comics pros. We’ll actually get there a day early and stay a day later, which always helps me get a lot more done. There’s a booth to be set up and torn down, after all! We’ll once again work out transportation to and from SDCC as well, probably using Uber.

It is a lot of fun to eat out together, to talk about what happened during the day, and to also commiserate when things don’t go according to plan. Last year, a married couple I know tried to get in to see Conan O’Brian’s show, sleeping out overnight. They never made it in, however. Someone switched the lines around, putting people who arrived later in front of them. That wasn’t nice of whoever did that, but it’s not uncommon at SDCC. It was harder to get in to that show than it was to get an exclusive POP, for pity’s sake!

We also get to play card games at night as we’re winding down, which is very helpful. What struck me weird last year was that the place we stayed had no air conditioning, a must in Florida, where I live these days. Guess that’s not a thing in southern California, though!

As I like to point out, I don’t enjoy going to cons alone. After one trip around the place, I’m usually ready to call it quits and head home. When you’re with others, though, it makes the time more meaningful and fun.

THESE SHOES WERE MADE FOR WALKING I always talk about the fact that SDCC is a place that often requires a lot of walking. From one side of the convention center to the other, from the downtown area to nearby hotels where panels and events take place, it’s so worth getting some walking in before you get there. The first year, I didn’t do any walking prior to arriving, and it took me over a week to recover! You’ve been warned!

I’m taking a few chargers with me, mostly for my iPhone. The biggest one lasts the longest, but even that one wears out eventually. I need the smaller ones for emergencies. After all, the power sockets and charging stations around SDCC are nearly always full of other folks trying to keep in touch with the outside world via the Internet.

I’ve also begun setting up times to meet with friends on the West Coast I don’t get to see very often. And I’m trying to work out meeting people I’ve interviewed for the podcast that I haven’t met face to face, something I’m always anxious to make happen.

I said much of this last year, but it’s true yet again in 2018! You’ve likely already noticed that MajorSpoilers is already reporting on SDCC, with much more to come in the weeks ahead. I think Stephen Schleicher and the folks here at the site do a terrific job of keeping the world aware of what’s taking place at this convention, the best I’ve ever seen! Expect some amazing news to hit the site this year, even in the weeks after SDCC!

I’d like to again point out, especially to those who may feel badly that they cannot attend this year, that actually being there often means you’re less informed than those who receive the news releases over the Internet. During my first time at SDCC, before I could even begin to rework a release I came across, many of the genre sites had already gotten the story up before I could find a place to sit down at a computer and work! So, while the experience of being there IS something special, you may know more about what’s happening than those of us actually walking the floor!

I STILL HAVE THINGS I WANT TO DO

I always get to San Diego with a list of things I’d like to get done. I want to find the creators of books I particularly enjoy that I haven’t met previously. I also want to find great Indie comics I haven’t come across before.

I haven’t heard anything from DC Comics so far this year. In the past, I would take any open slots they had with their comics pros, and I’d be able to get 10-minute interviews done for my podcast. I have one set up already, but it’s with Image, so I have a feeling I won’t get nearly as many conversations with DC folks as last year. I’ll see what I can work out with them, though.

I still have one big goal to accomplish, and that’s talking with the Holy Grail of guests, Geoff Johns. We’ll see if that happens! I’m sure I’ll set up other chats even if I don’t get to talk with Mr. Johns, so stay tuned!

Are you going to SDCC this year? Not this time? Be sure to share your thoughts on this “big kahuna” or conventions in the space below!