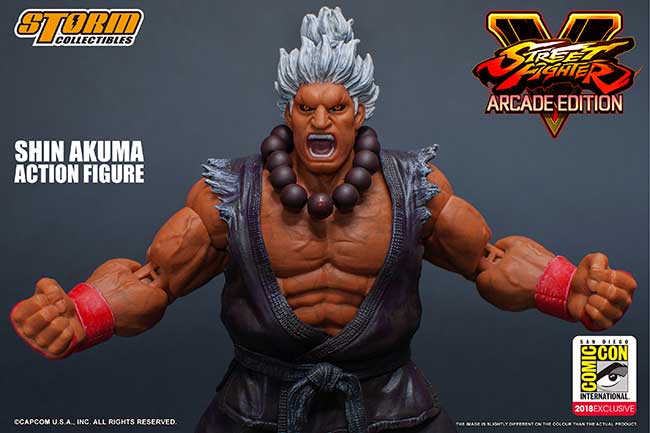 Bluefin, the leading North American distributor of toys, collectibles, and hobby merchandise from Japan and Asia, details a variety of new action figures releases from Storm Collectibles that will be offered as Limited Edition show exclusives for Comic-Con International 2018.

Comic-Con attendees are also invited to catch a comprehensive display of other products available from Storm Collectibles at its Booth #301. (directly adjacent to the Bluefin booth) During Comic Con, Storm Collectibles will welcome SFV Character Designer / Storm Collectibles supervisor, Kiki, for a special appearance and autograph session at the booth.

Comic-Con attendees will receive a free poster that Kiki will sign in addition to autographs of any of the exclusive Storm Collectibles Street Fighter figures available for purchase at the adjacent Bluefin Booth #301. (available while supplies last and on a first-come-first-served basis).

Comic-Con International is one of the nation’s largest comic book, science fiction, and pop culture events, and will take place July 19th–22nd at the San Diego Convention Center, in San Diego, CA. Bluefin will be located in Booth #401. Complete details on Comic-Con are available at: https://www.comic-con.org/

Storm Collectibles is the premiere manufacturer of video game collectible action figures.  Storm creates unmatched quality figures from the likes of Street Fighter, Mortal Kombat, Tekken and more!Its founders are collectors themselves and their passion translates directly into their products as they feature authentic likenesses, fully sculpted, articulated bodies and a multitude of accessories!

Storm Collectibles is pleased to introduce Akuma in his most powerful form…Shin Akuma! This is the form Akuma takes when he becomes almost one with the Satsui no Hado. This San Diego Comic Con exclusive is newly developed with all new torso articulation in the lower body and features a new design for the upper chest. He also can shrug off the gi top of his costume and go shirtless. Set includes interchangeable head sculpt and hand accessories, a display stand, and Gohadoken and V-Trigger effects.  Available exclusively at Bluefin Booth #401; only 1,500 units produced. 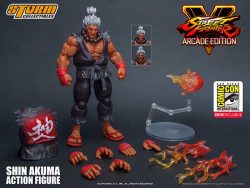 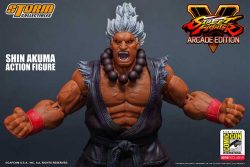 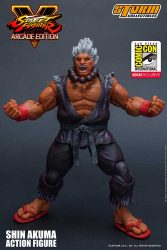 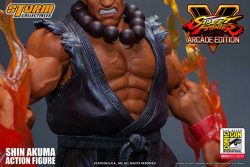 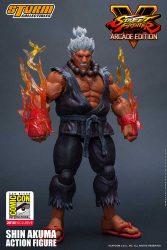 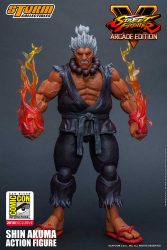 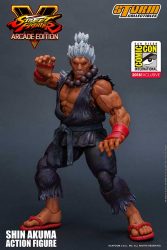 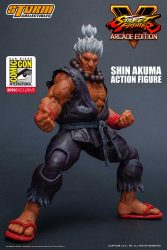 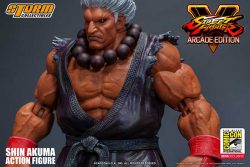 Storm Collectibles presents its next release in the popular Street Fighter V action figure line – Alex! This fighter hails from New York and is one of the best wrestlers in the pro-wrestling league. He made his first appearance in Street Fighter III: New Generation as a main character. Differing from the classic appearance of his “Nostalgia” costume in Street Fighter V, the San Diego Comic-Con variant features Alex in an alternative grey and black outfit. The Figure Set includes multiple interchangeable head sculpts and hands, as well as Flash Chop and Flash Elbow effects and a display stand with Street Fighter V. Available exclusively at Bluefin Booth #401; only 500 units produced. Ermac first appeared in Ultimate Mortal Kombat 3 as a red palette swap of Scorpion before receiving a redesign in future games. His telekinetic and levitating maneuvers have made him a fan favorite and allow him to perform some truly gruesome attacks! Ermac comes with multiple interchangeable hands and interchangeable masks accessories as well as effect parts and severed arms to recreate his fatalities! Available exclusively at Bluefin Booth #401; only 3,000 units produced. 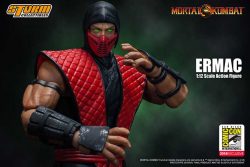 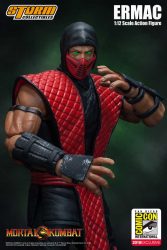 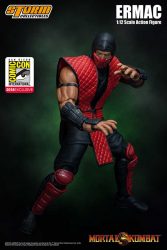 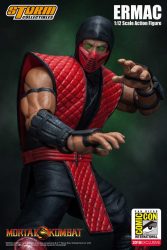 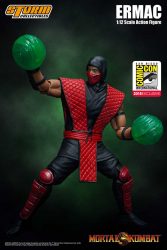 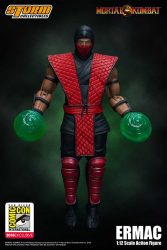 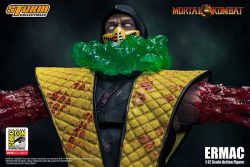 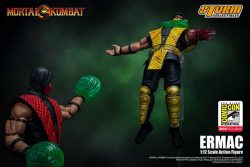 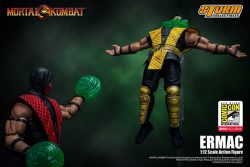 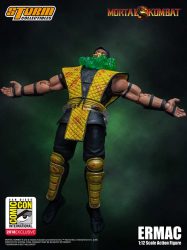 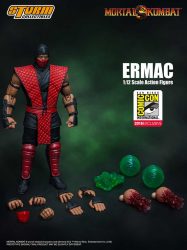 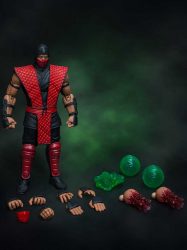 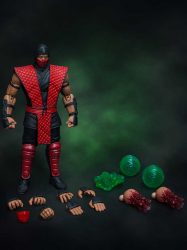 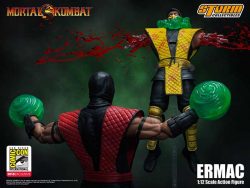 Storm Collectibles proudly teams its new licensing partner Bandai Namco Entertainment to release a new figure based on Bandai Namco’s popular TEKKEN 7 video game. Heihachi Mishima is the first character to be released and debuts at San Diego Comic-Con in a special edition. Heihachi Mishima appears his alternate color costume with an exclusive special gift accessory available nowhere else! Mishima is one of the most recognized characters in the Tekken game series. The figure set includes interchangeable head sculpt and multiple hand accessories as well as Electric Wind God Fist effect and other parts. Don’t miss this exclusive special gift accessory! Available exclusively at Bluefin Booth #401; only 1,000 units produced. Bluefin has built its reputation as a leading master and channel distributor of Japanese toys, collectibles, novelty and hobby products. In recent years, Bluefin has grown to include a range of high quality collectible lines from Asia and has established itself as the official North American consumer products and retail development partner for Studio Ghibli. Selling to thousands of specialty, chain and independent stores, Bluefin is an official North American distributor for Bandai Spirits Hobby, Bandai Shokugan, and Storm Collectibles, and is the sole provider of Bandai Tamashii Nations products in North America. The company is also the exclusive and official distributor for Mr. Hobby, SEN-TI-NEL and Flame Toys. Additional information is available at: https://bluefinbrands.com/