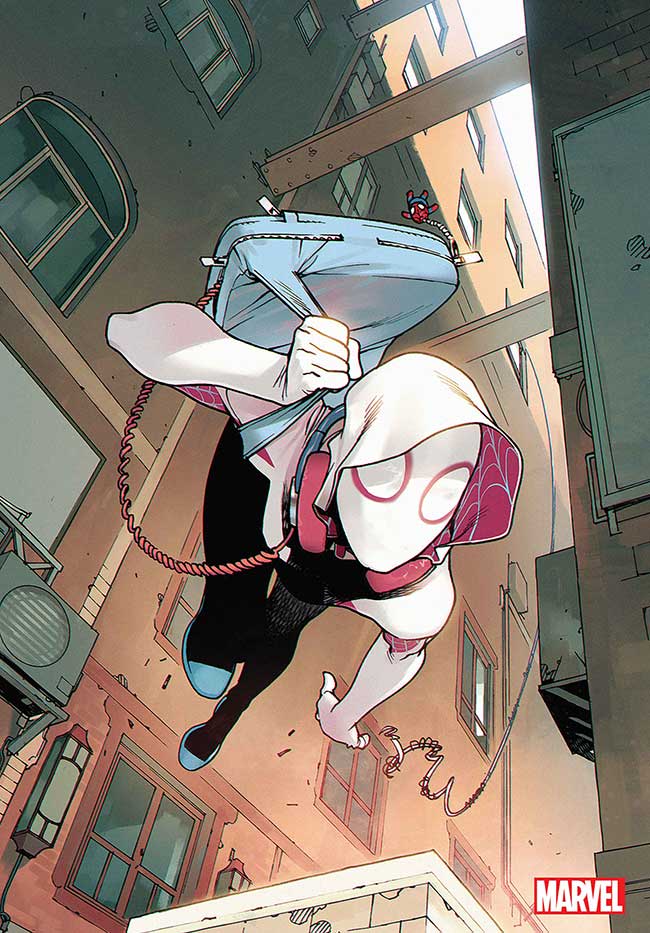 Ghost Spider sure looks a lot like Spider-Gwen to me Yes, that is Spider-Gwen, aka Gwen Stacy, whose Spider-Gwen run ends next week with issue #34. Perhaps she’s taking on a new name due to the upcoming Spidergeddon event.