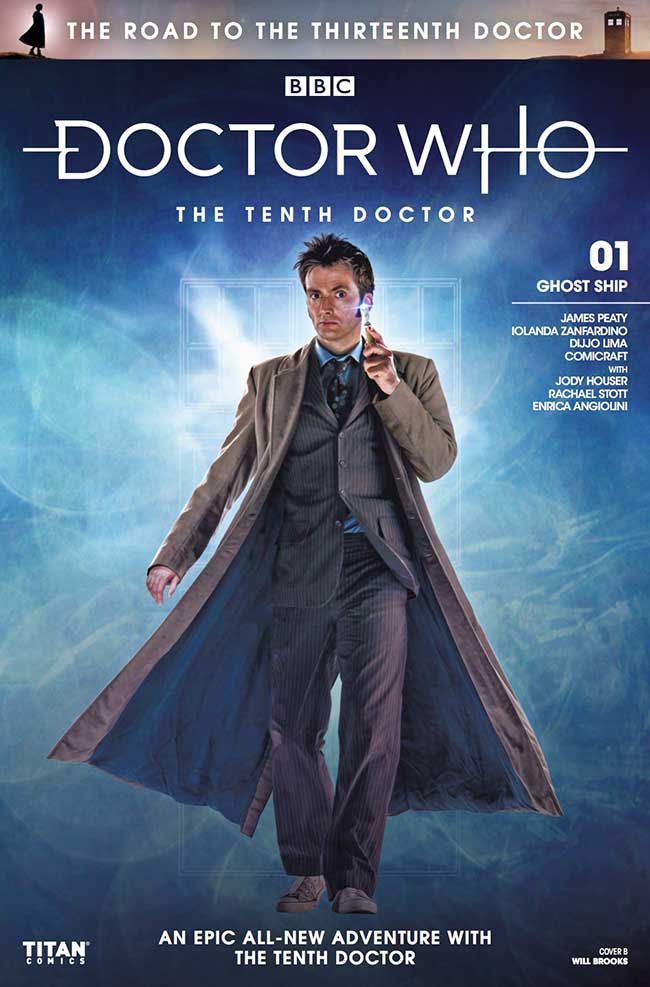 The road to the Thirteenth Doctor starts here!

The first of three stand-alone stories featuring the Tenth, Eleventh and Twelfth Doctor!

The Tenth Doctor has his work cut out when he encounters a lost spaceship… Whose crew is being absorbed by mysterious ghostly creatures! Everything is not how it seems, however, especially when disturbing facts about the crew come to light!

Each issue contains a serialised short from the creative team behind the new Thirteenth Doctor ongoing series!