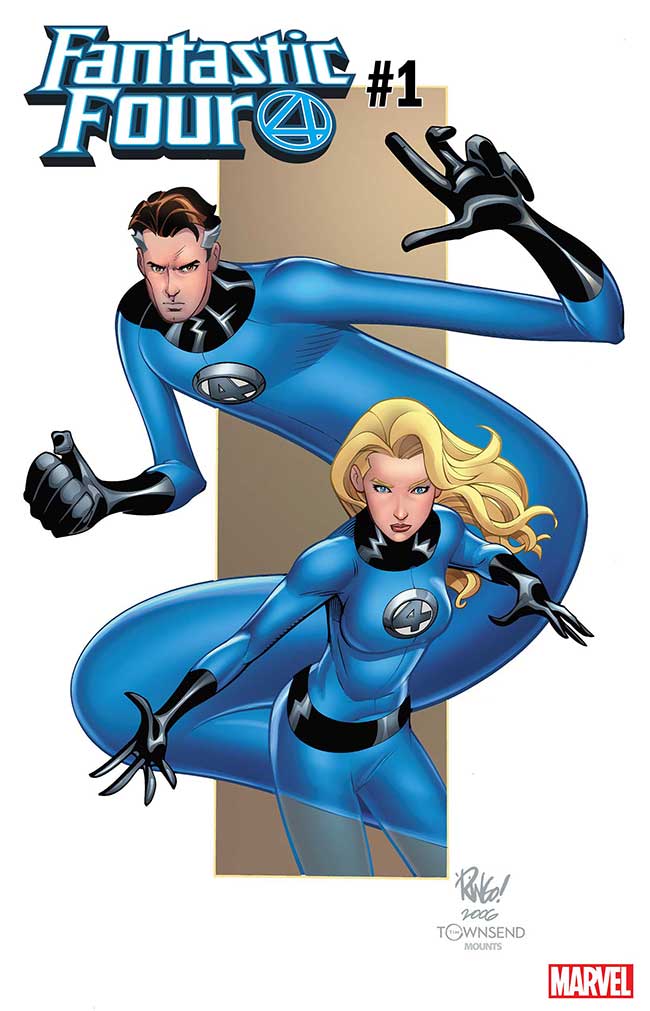 Marvel has once again released the variant cover art for the upcoming Fantastic Four #1, this time using “never before seen as a cover until now” piece of at from the late Mike Wieringo. “It’s so exciting to see Mike’s work gracing another Marvel cover after 10 years,” said Mike’s brother, Matt Wieringo. “The Fantastic Four was one of his dream assignments, and I’m sure Mike would have been pleased to participate in the return of Marvel’s first family. And, as Mike’s biggest fan, it’s a genuine pleasure for me to see his art on the stands again.”

“As the artist of my favorite run editing FANTASTIC FOUR, it’s especially nice that the late, great Mike Wieringo can make a contribution to the launch of this new one,” added SVP and Executive Editor Tom Brevoort.