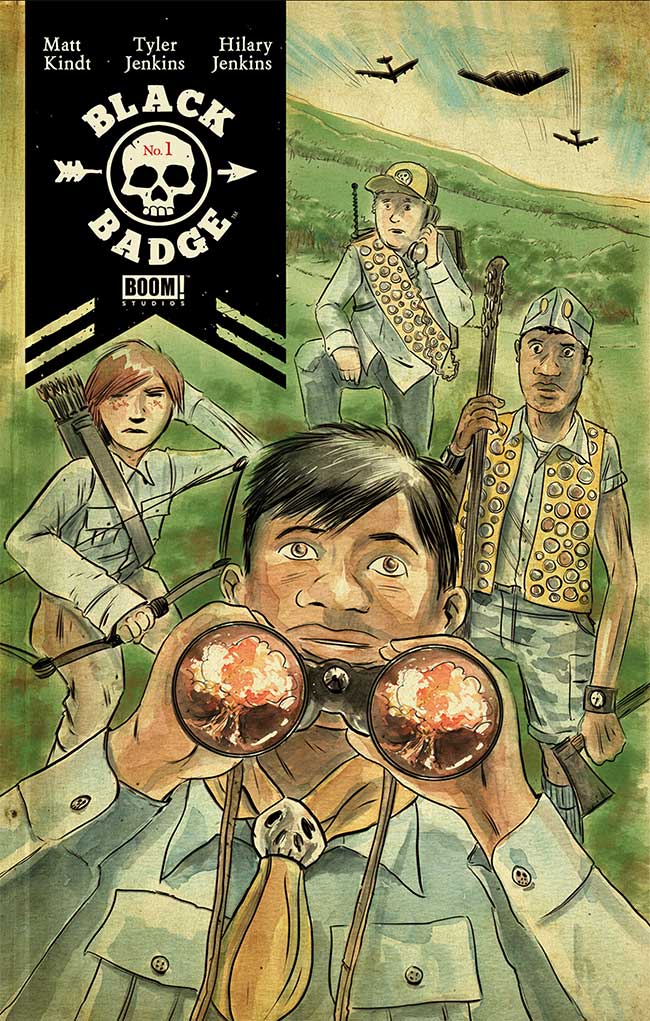 Here is your first look at Black Badge #1

BOOM! Studios has released an early look at Black Badge #1 from Matt Kindt and Tyler Jenkins.

Among their organization, the Black Badges are the elite; the best of the best. The missions they take are dangerous, and they will only get worse as their leader’s attention is split between their mission and tracking down a lost team member. A member who disappeared years ago, presumed dead. This debut issue features a main cover by Matt Kindt, along with variants by Tyler Jenkins and the Eisner Award-nominated Jeff Lemire (Black Hammer).

“Sometimes being a boy scout means learning how to sew a badge. Other times it means sneaking into North Korea to stop global warfare…and maybe sewing up your teammates,” said Eric Harburn, Senior Editor, BOOM! Studios. “Matt and Tyler bring the unbridled creativity that’s earned Grass Kings both Eisner and Ringo Award nominations and marry it to a fun, provocative, and absolutely unpredictable story in BLACK BADGE.”