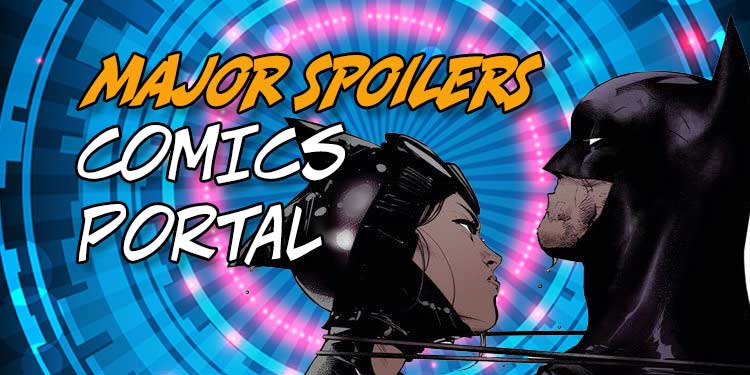 COMICS PORTAL: Get Me Out of the Church on Time!

In both Marvel and DC, there have been comics recently that have backed up the notion that marriage is not all that welcome in the industry – at least, when it comes to their characters.

Recently in an X-Men annual, one group didn’t tie the knot (another took their place, though), and in the recent Batman #50, let’s just say that things didn’t go according to plan.

Why do comics creators seem to dislike marriage so much? The big thing about marriage (or the lead up to it, anyway) is the question, “Will they or won’t they?”

A lot of readers, viewers and others have a lot of interest in that question.

Me, it’s a 50/50 shot, so I don’t consider it all that interesting. Either they do or they don’t. It’s not all that gripping to me.

We’ve seen in television shows that the interest in the program as well as the viewership drop like a rock once they consummate the relationship. A perfect example is Lois & Clark, where ratings reportedly fell by 50 percent or so once they had “done it,” as it were.

See, the notion is that once a relationship is formed, people will not like it should they break up. Also, the mystery is lost. There’s no reason for some to watch a show or read a comic once they’ve made some kind of commitment to one another.

I don’t buy that argument, though.

MARRIAGE IS A GOOD THING

While I don’t happen to be married, I believe in that institution because it lends stability to society and to people. I like that!

I also believe that if all you’re watching a TV show or reading a comic is to find out whether the two leads will “tie the knot,” I think you’re missing the point. Now I know that the romance novel industry has been a huge one for decades, and that it’s largely based on setting up two individuals and seeing whether or not they’ll merge. But, as I said previously, the odds are not all that interesting to me.

One of my favorite comics series was when Kurt Busiek wrote Superman and Lois as a married couple. I’ve mentioned this before, but I loved one particular story when Clark’s job was on the line. He had to submit a story/column by the end of the work day or he was canned.

Unfortunately, his duties as Superman kept him busy all day so he never got to write up anything. He returned home to Lois, dejected in that he was sure his job was gone. The good news was that even Superman needs a helper at times, and Lois had written a story for him.

I felt warm goosebumps all over! Even the Man of Steel needed his lady to help him in an important matter!

Now, I get that some readers just don’t like it when characters get married. It takes all of the “fun” (read “mystery”) out of their relationship.

I say: Maybe we could stand a few relationships with less “mystery” in them?

BE CAREFUL IF YOU ARE SETTING FANS UP FOR A LOSS

I have to say that I’m still getting over Batman #50. I mean, all those extra books leading up to the big event! All that preparation in story as well as in promotion!

And then, the book comes out. Holy Disappointment, Batman!

I mean, I know that I like to be surprised when it comes to storytelling. I usually love it when a tale veers off in a different, albeit understandable, direction.

But this time, I didn’t buy it.

Now Catwoman has her own title. Was all this to set up her book? Honestly, I think there are better ways to do this than to set fans up for this kind of, well, not-so-surprising conclusion.

I’ve heard from several store owners that, once the word got out on exactly what happens in Batman #50, the sales seriously decreased. I understand why. I just hope that Mr. King and company can use the events of that landmark issue to move forward in some fashion. Just how they’d do that, I don’t know. But I’d like to think this issue was more than just having the rug pulled out from under our feet at the last minute. Really.

What do you think? Should some characters in comics get married? Or if you wear a set of longjohns, should they never even consider tying the knot? Whatever your opinion, please share it in the space below!