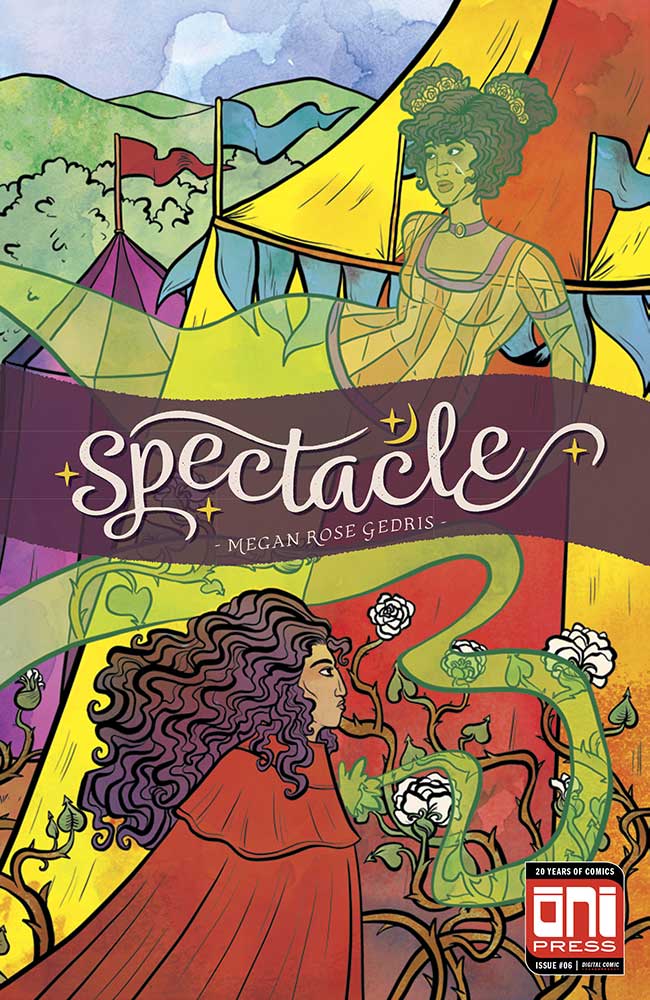 Oni Press has announced the Megan Rose Gedris series Spectacle Volume 2 is getting a digital release beginning on July 11th. Sisters Anna and Kat return for the second book of Megan Rose Gedris’s paranormal circus murder mystery, Spectacle! A murder is tough thing to solve, even without temperamental performers, supernatural occurrences, and a powder keg of a circus. In this arc, mysterious mutations begin to take over the circus, creating rifts and rival factions among the troupe. Anna experiences unsettling dreams that may hint at the underpinnings of the murder, and Kat finds that being dead doesn’t mean that her responsibilities have ended—or that her secrets will remain unburied.

Be on the lookout for the monthly digital release of Spectacle beginning July 11th and running to November 2018.