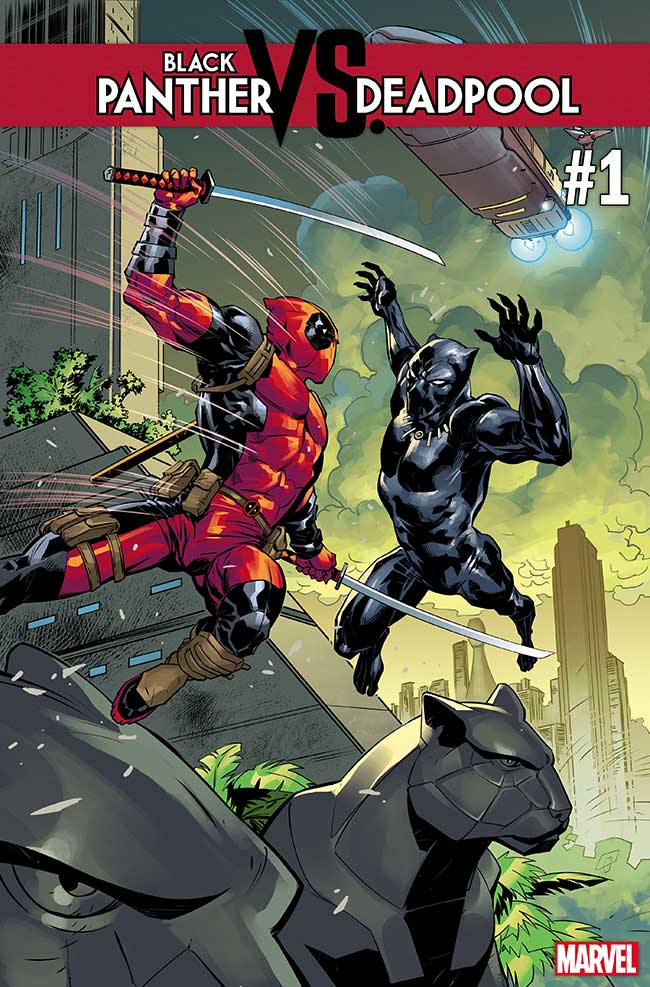 Marvel has announced the next big crossover event – Black Panther vs. Deadpool! Well, it is a mini-series, but when two of the biggest movie draws appear together in one comic, it has to be a big deal, right? Black Panther vs. Deadpool is written by Daniel Kibblesmith with art by Ricardo Lopez Ortiz.

For a reason he’d rather not disclose (because, well, it makes him look bad!) Deadpool needs a piece of Vibranium…and the only way to get Vibranium is to go through the Black Panther himself! But Deadpool soon learns that his unconventional methods don’t exactly work against the king of the most technologically advanced country on the planet…

“Featuring a brawl you can only get in comics (for now anyway), BLACK PANTHER VS. DEADPOOL is the best of both worlds, equal parts Black Panther/Wakanda and Deadpool/Crazytown,” said Editor Wil Moss. “In bouncing these two characters off each other (and sometimes through each other), Daniel and Ricardo have found some really fascinating insights into what makes them tick as individuals.”