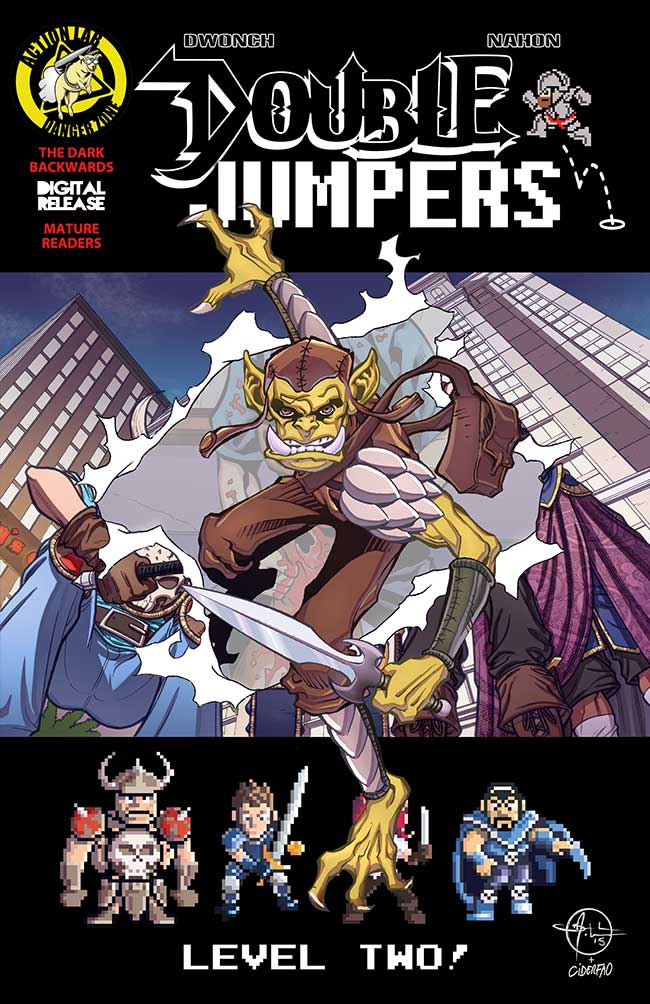 When Jason and his band of video game programmers swapped bodies with their in-game counterparts, the Dungeon Lords, in volume one, they let loose that world’s greatest villain, Pilfer the Goblin, into our world. They’ll need more than their video game skills to capture him–they’ll need the help of the Dungeon Lords themselves! It’s a return to the action/comedy series that Hannibal Tabu proclaimed is, “like manna from heaven for fans of ‘Superbad’ and geek humor.”