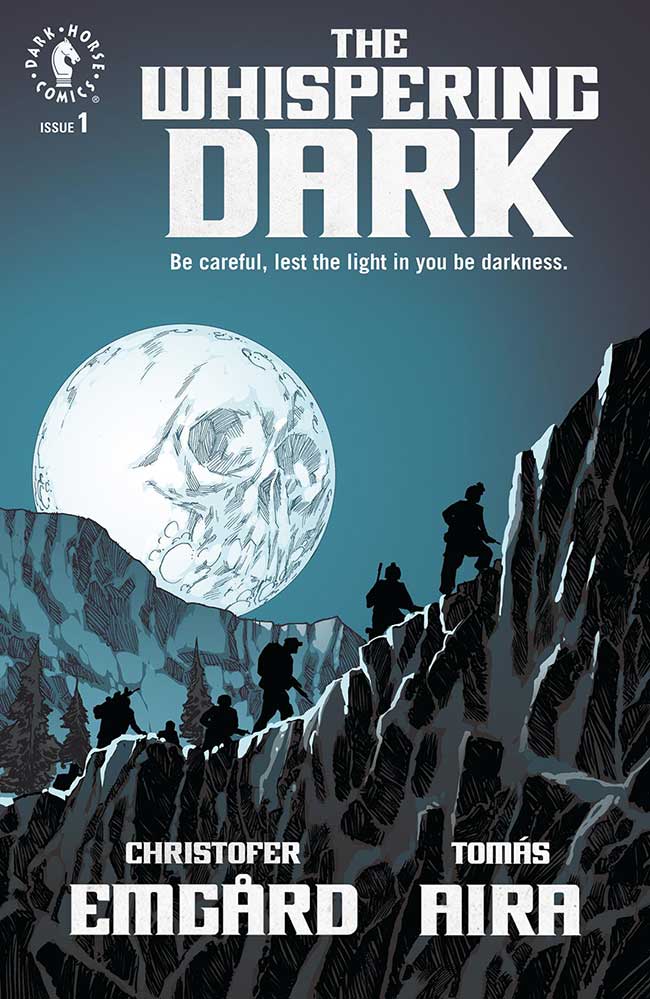 The Whispering Dark arrives in October from Dark Horse Comics

Dark Horse Comics has announced the coming release of The Whispering Dark from writer Christofer Emgård and artist Tomás Aira. The Whispering Dark follows an Army pilot confronting a supernatural horror in this thriller in the tradition of Lovecraft’s At the Mountains of Madness and Coppola’s Apocalypse Now! Hannah Vance believed her faith in God could survive anything. But when her helicopter is shot down behind enemy lines, she will fight and kill on an ever more savage battlefield, desperate for a way home. On the horizon, an evil waits for her—and freedom, of a sort.

The Whispering Dark is scheduled to arrive on October 23, 2018.