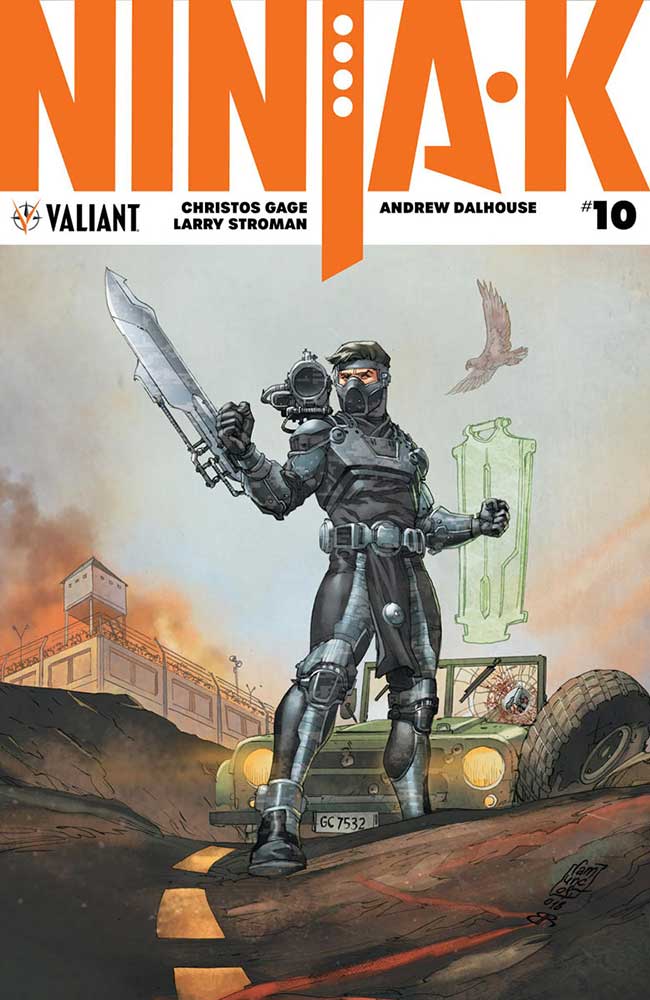 In August, Ninja-K #10 lands at your LCS (that’s Local Comic Shop for you new kids). Today, Valiant Entertainment released an early look at the issue, because they like you as much as we do.

NINJA-K #10
Written by CHRISTOS GAGE
Art by LARRY STROMAN
Inks by RYAN WINN
Cover A by GIUSEPPE CAMUNCOLI (JUN182074)
Cover B by LARRY STROMAN (JUN182075)
Ninja Programme Variant by DARICK ROBERTSON (JUN182076)
$3.99 | 32 pgs. | T+ | On Sale AUGUST 15th (FOC – 7/23/18)
From the encrypted files of The Ninja Programme, another secret chapter is revealed! The Cold War is in full swing and the United Kingdom’s top-secret intelligence unit has come to a crossroads. As their once-elite collection of secret agents finds itself outmatched by the escalation of the United States’ H.A.R.D. Corps division, the spymasters of MI6 are about to develop a new kind of soldier for their never-ending war of global gamesmanship and international intrigue. Part man, part machine, and bound together with the most extreme technological enhancements that the 1980s have to offer, NINJA-H is faster, stronger, and deadlier than any who have come before…