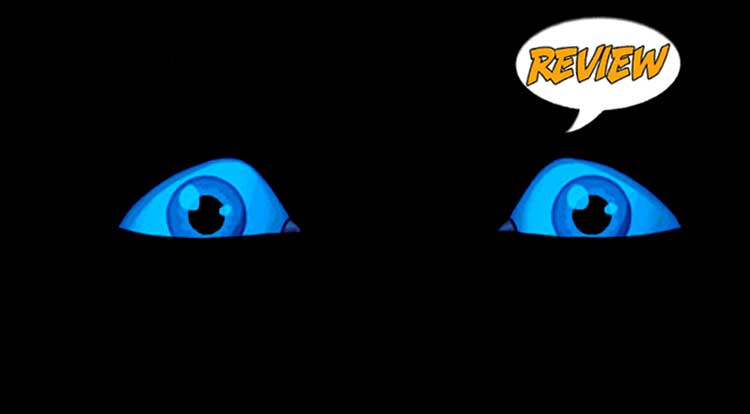 The Wicked + The Divine #37 Review

As a wise man once told me, it’s always darkest before it gets absolutely pitch black.  Your Major Spoilers review of The Wicked + The Divine #37 awaits! Previously in The Wicked + The Divine: Since Persephone secretly murdered Ananke to avenge her family, it’s been awful.  Many gods are dead.  Persephone investigates a secret room in Valhalla to discover Baal’s secret (he’s been sacrificing children to avert the Great Darkness and save his family.)  Only by confessing that she’s pregnant does she escape…  to receive a mysterious text telling her that the Norns have been arrested.

Things have been going badly for the Pantheon lately.  But, as this issue shows us, it’s not a new thing, as we are taken on a long tour of past eras in which the Great Darkness has descended, regardless of what immortal Ananke has tried.  It’s actually really brilliant, featuring ten pages of black panels (emulating a similar sequence in issue #35, wherein we saw Ananke repeatedly murdering Persephone.)  Before you worry that half the comic book is empty, this issue is a forty-pager, meaning that the creators ate the cost of extra pages to make the moment work dramatically.  That’s dedication.  Meanwhile, we get some brilliant exposition in the form of two guys walking through the subway, leading to the revelation that Persephone has sought out Baphomet in the underground.  Baph is one of the potential fathers of her child, by the by.  That’s why it gets awkward when his main squeeze Morrigan arrives.  Things get a little explodey after that.  As for Minerva-who-is-possibly-also-Ananke, she has something up her sleeve that involves sewing and… it seems like it’s horrible.

The bulk of this issue is taken up by the dissolution of Baphomet and Morrigan’s relationship, which is to say that it’s a massive fight sequence, made tragic by Baphomet’s memories of how he and his nerdy goth girlfriend became gods in the first place.  The ending is shocking (and something you need to read for yourself, so I’m not spoiling it), and it’s clear that the book is working towards its end game.  If you’re not familiar with my love of this book, let me explain how McKelvie’s art works: It’s beautiful on every page.  The use of blacks while in the underground is incredible (aided by Matt Wilson’s beautiful coloring) and the combat sequence is masterfully outlined and executed.  This issue also provides some lovely amusement in the form of Lucifer, Tara and Inanna’s disembodied heads clearly bored out of their skulls, trying to ply information out of Minerva.  There’s also some playing around with time in these last few issues, as events seen in 35 and 36 are completed in these pages.

This is a wonderful comic, you guys, and every time I think I have things figured out, these creators flip the script on me.  Perhaps the most shocking moment in the issue comes not in a story page, but in the appearance of the “clock face” featuring the symbols of the Pantheon, a moment that had me gasping out loud.  The Wicked + The Divine #37 is exciting, well-drawn and features at least three big shocking moments, making me wonder for a second if maybe someone will get out alive this time, only to consider myself foolish for asking, earning 4 out of 5 stars overall.  It’s wonderful to see creators telling a story this personal and unusual, and I recommend it to all fans of comic storytelling.

Clever, meta storytelling with clear and vibrant art that's clearly building to something terrible. What's not to love?