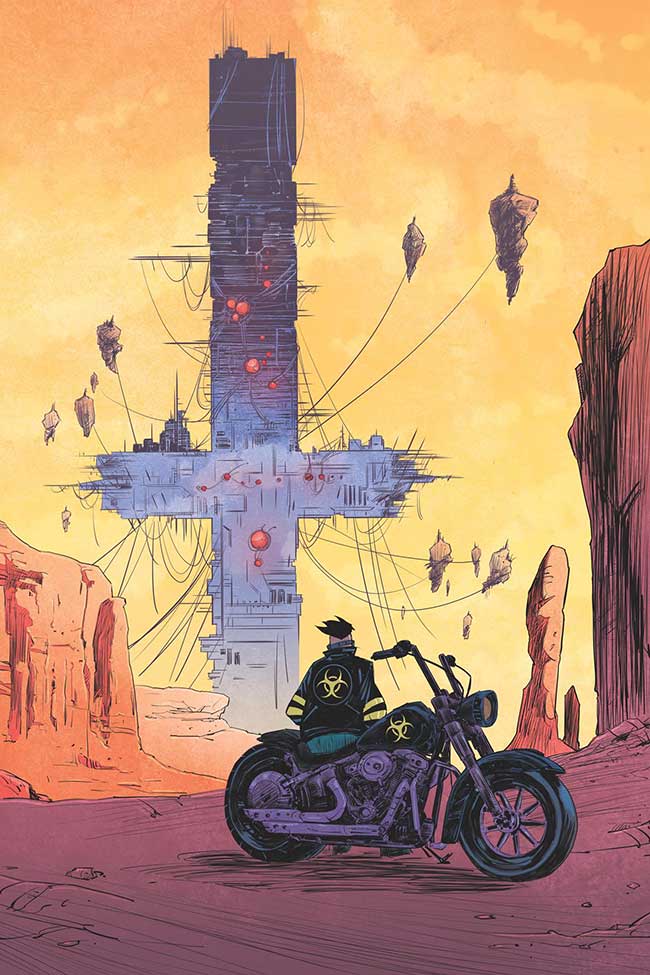 From the creator of D4VE and Kennel House Blues and the artist of 28 Days Later and Robocop comes Death Orb, a fast-paced manga-style action adventure in the vein of Mad Max. Writer Ryan Ferrier and artist Alejandro Aragon invite you to take a wild ride through their post-apocalyptic American landscape filled with death cults, raiders, mutant psychics and mad scientists.

Follow Rider, a heartbroken, axe-wielding wasteland survivor in search of his wife and son as he cuts a bloody path across a war-torn country in the throes of a mysterious death cult led by Father, a demented idealist determined to rebuild the world in his image through the use of the deadly titular “death orb.” Along the way, Rider will face biker assassins, mech-suited mutants, and unspeakable depravity. Death Orb is a full throttle, no prisoners taken, ultraviolent tale of vigilante justice served hot!