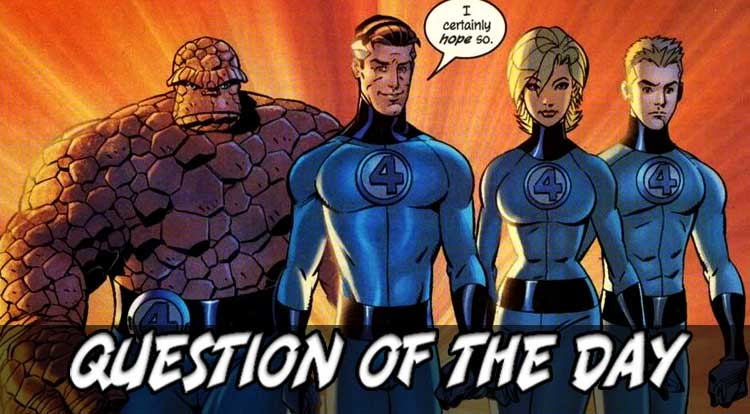 Major Spoilers Question of the Day: Powers Of The Fantastic Four Edition

With the Fantastic Four finally reuniting after a several-year absence, it’s finally time to watch people realize their powers are vaguely analogous to the classical four elements of yore.  Of course, categorizing the powers of the FF in that manner is part of the problem with the book for the last few years before its cancellation, along with a belief that Reed had to be Doctor Frankenstein, but that’s less important to me than the idea of seeing the World’s Greatest Comic Magazine and its stars on the stands.  And when it comes to elemental queries, we all have our preferences, which makes me wonder about the preferences regarding the power of Ben, Johnny, Sue and whatsisname, leading to today’s cosmic-ray-powered query:

The MS-QOTD (pronounced, as always, “misquoted”) realizes what a revoltin’ development this is, asking: Which of the powers of the Fantastic Four appeals to you most: Elasticity, Pyrokinesis, Brute Strength or Invisibility?