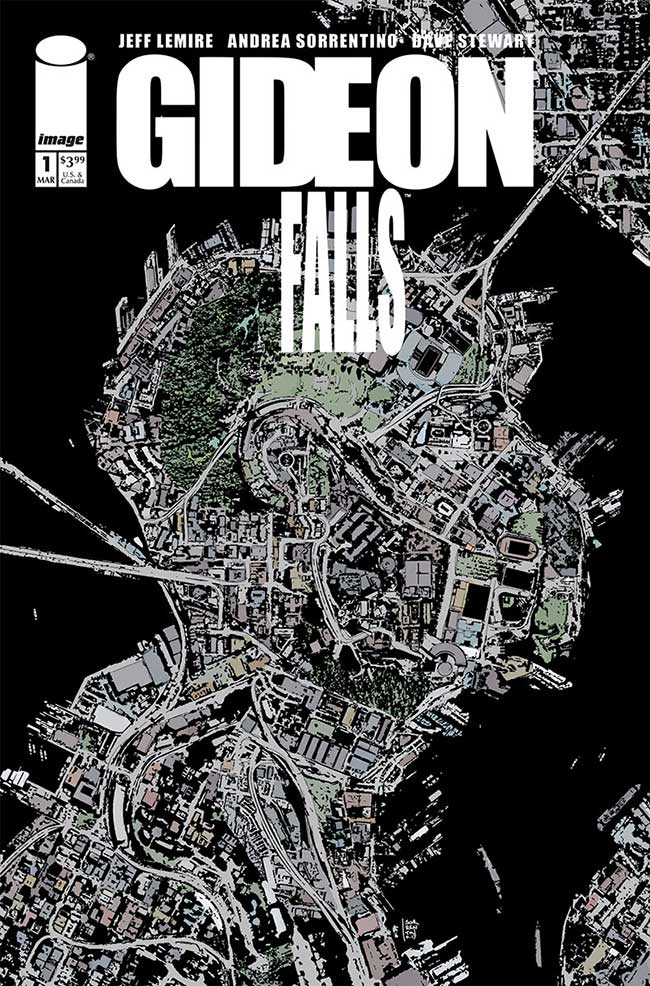 Hivemind, the production company made of veteran producers Sean Daniel, Jason Brown, Kathy Lingg, and Dinesh Shamdasani, have landed the rights to adapt the Image Comics series Gideon Falls, from Jeff Lemire and Andrea Sorrentino, as a television series. An atmospheric thriller colliding rural mystery and urban horror, the series follows an ensemble cast of seemingly random strangers—a washed-up Catholic priest, an uncompromising female sheriff, and a young recluse obsessed with unraveling a conspiracy buried in his city’s trash—as they become drawn into a mystery connected to a long-forgotten local legend.

“GIDEON FALLS is psychological horror told with a deeply humanistic touch, a story about imperfect people who confront their own demons—imagined and supernatural alike,” said Hivemind Co-President Jason Brown. “It is this kind of expertly fashioned, character-focused genre storytelling that inspired us to form Hivemind, and it is our mission to collaborate with world-class authors, artists, and rights holders like Jeff and Andrea to bring their stories to the screen in an authentic way.”

Hivemind is the group behind The Expanse, as well as the upcoming The Witcher series for Netflix. Hivemind is also producing Scary Stories to Tell in the Dark with producer/co-writer Guillermo del Toro and director André Øvredal.

As the rights have just been obtained, there is no word on what network the show will land on, or when it will be released.