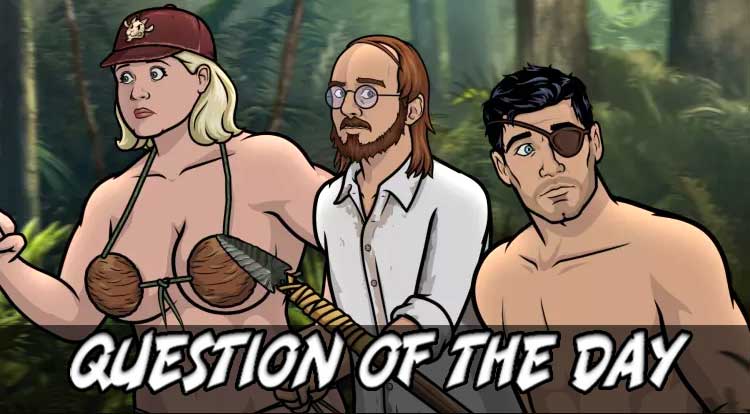 I finally caught up on Season 9 of ‘Archer’ this week, with its loving tribute to ‘Tales of the Gold Monkey’ and every adventure serial ever.  It also had one of the best voice casts in the known universe just kinda going nuts all over the tropes of thirties adventure fiction and an extended riff on ‘The Hobbit’, including a self-aware explanation of how that’s not an anachronism because it just came out “last year.”  It also made me think about being stuck on a strange island full of dangerous animals, traps, angry people who want you off their home and maybe giant magic idols, leading to today’s serialized-on-Saturday-morning query.

The MS-QOTD (pronounced, as always, “misquoted”) would go with either ultimate survivor Indiana Jones or Galactus, depending, asking: What fictional character would you want on your side if you were trapped on the proverbial ‘Danger Island’?

Dueling Review: I Hate This Place #1