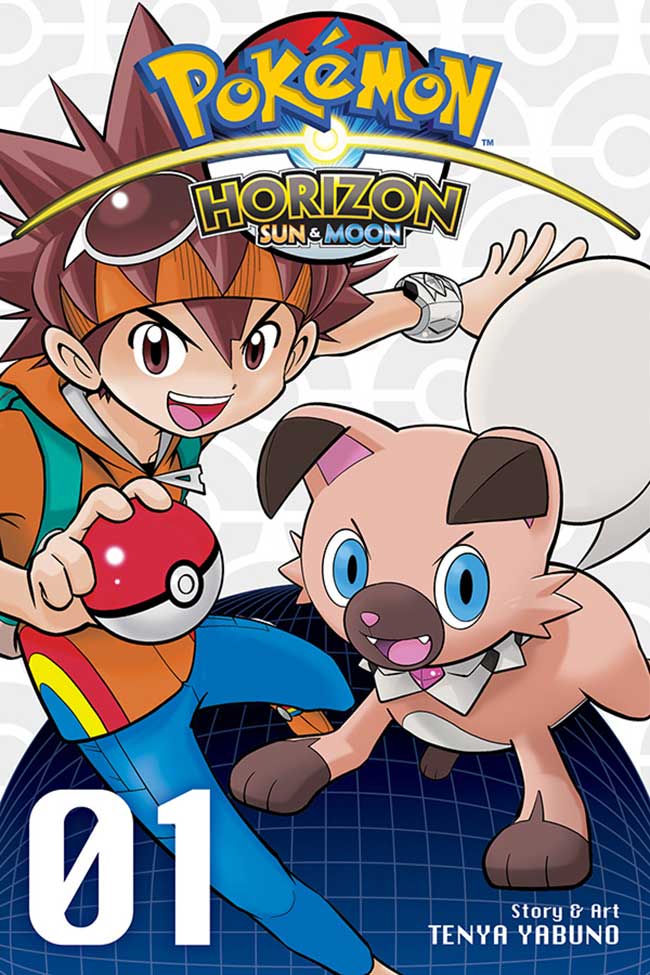 POKÉMON HORIZON: SUN AND MOON features story and artwork by Tenya Yabuno and is the latest addition to VIZ Media’s acclaimed POKÉMON catalog. The series is rated ‘A’ for All Ages and will be available in print with an MSRP of $9.99 U.S. / $12.99 CAN. The final volume of the two-part series is scheduled to be published in November.

In POKÉMON HORIZON: SUN AND MOON, Akira’s summer vacation in the Alola region heats up when he befriends a Rockruff with a mysterious gemstone. Together, Akira hopes they can achieve his newfound dream of becoming a Pokémon Trainer and master the amazing Z-Move. But first, Akira needs to pass a test to earn a Trainer Passport. This becomes more difficult when Rockruff gets kidnapped! And then Team Kings shows up with—you guessed it—evil plans for world domination!

POKÉMON HORIZON: SUN AND MOON writer and artist Tenya Yabuno made his manga debut in 1990 with his one-shot manga story, Jonetsu no Clipper. He received the 34th Kodansha Manga Award and 57th Shogakukan Manga Award with Inazuma Eleven in CoroCoro Comics. His other works include Ultra Eleven and Botch Waiwai Misaki E.