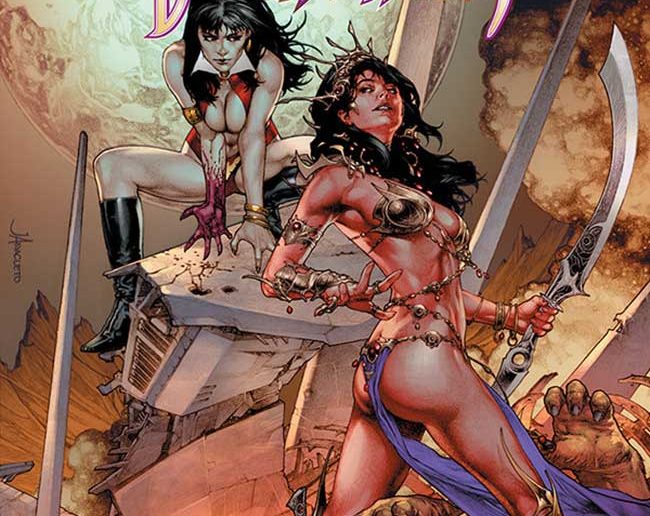 Dynamite Entertainment has announced two of its hot properties, Vampirella and Dejah Thoris, are teaming in a new crossover mini-series.

Vampirella/Dejah Thoris will be written by Erik Burnham with art by Ediano Silva, and is set to arrive in September.

In Vampirella/Dejah Thoris, when an alien scout ship crashes on Mars, Dejah Thoris must risk reigniting war with the Green Martians and becoming dinner for the white apes. But the stakes are raised so much higher when the ship is revealed to carry Vampirella, who is on a desperate mission of survival—one that might end before it truly begins!

“Not a lot of folks know this, but some of my earliest work in comics was an unpublished adaptation of A Princess of Mars… I discovered Barsoom and Dejah Thoris then, and I’m ecstatic to not only play in that sandbox again but also introduce the princess to Vampirella!” says writer Erik Burnham.

“There’s so much love for both of these iconic characters, we wanted to wait for the right time with the right creative team to see a crossover come to life,” said Nick Barrucci, CEO and Publisher of Dynamite Entertainment. “Dejah Thoris has been one of our strongest characters and matching her with everyone’s fan favorite, Vampirella, just seems like a match worthy of comic history!” 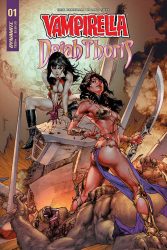 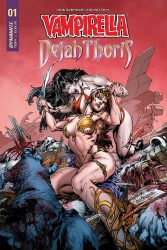 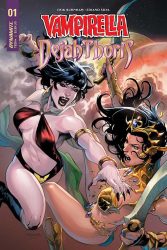 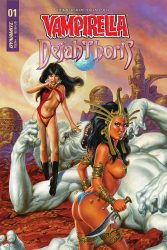 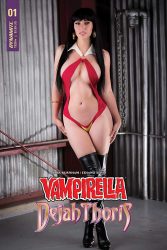 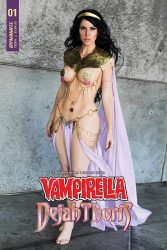 I don’t know about you, but I’m down for checking this series out, only because it combines classic pulp with more modern horror.