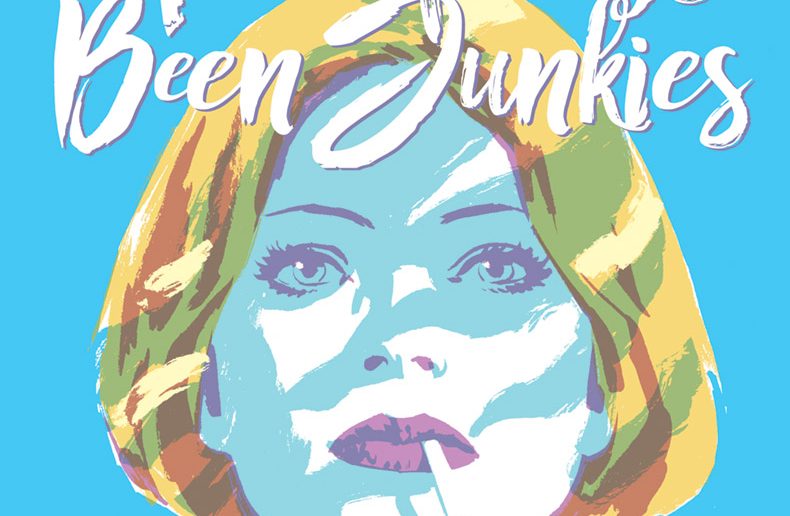 I’m kinda hooked on anything and everything that Ed Brubaker and Sean Phillips release, which is why I’m very interested in the upcoming My Heroes Have Always Been Junkies original graphic novel at Image Comics.

“Sean and I have been talking about doing our version of a romance comic for a long time, so naturally it ended up being a crime story, too. But it’s one that allows me to mine some of my own pop culture obsessions and delve back into my teen years and the kind of trouble you can only get into when you’re young,” said Brubaker. “And coming off a long project like Kill Or Be Killed, it just felt like this was the perfect time for us to experiment with format and finally do an original graphic novel. We’re both very excited to be creating something that’s designed to be seen first in hardback. That’s a new one for us, in nearly 20 years of working together.”

Ever since the death of her junkie mother, Ellie has been obsessed with famous drug addicts. Those tragic artistic souls drawn to needles and pills have been her angels and idols. But when Ellie lands in an upscale rehab clinic where nothing is what it appears to be… she’ll find another more dangerous romance, and find out how easily drugs and murder go hand in hand. While the subject matter and creators are a big draw, the other big talking point in this announcement from Image Comics is the fact this is an original graphic novel instead of a one-shot. I know you are clued in, Dear Reader, because I’ve been pointing it out more and more, but it looks like some creators and publishers are starting to get hip with the idea of a single volume selling a lot more, selling for a lot longer, and making more money overall for everyone in the OGN format. I’m going to keep a close eye on the success or failure of this book to gather more data (and talking points) going forward.

My Heroes Have Always Been Junkies is scheduled for an October 10th release at comic book stores, and an October 16th release at bookstores – the other big key point for going directly to the trade/OGN.