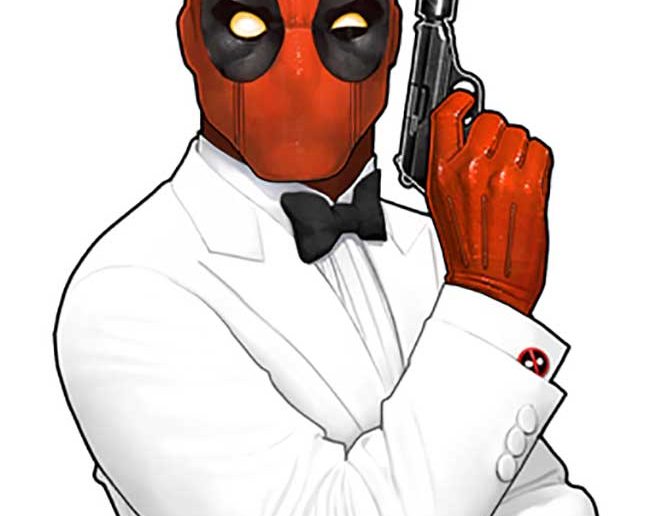 Deadpool: Secret Agent Deadpool #1 arrives September 5, 2018 for $2.99 on comiXology and Kindle as part of the comiXology Originals line of exclusive digital content and will be available to current subscribers of the popular comiXology Unlimited service. New subscribers to comiXology Unlimited can also enjoy it for free as part of their 30-day free trial. Deadpool: Secret Agent Deadpool joins other Marvel comiXology Originals series including Spidey: School’s Out, Avengers: Back to Basics, Black Panther: Long Live The King, The Immortal Iron Fists and Thor Vs. Hulk: Champions of the Universe.

A perfect entry point for new fans and longtime readers alike, it’s a case of mistaken identity when Wade Wilson, the regeneratin’ degenerate you know as DEADPOOL, kills an American superspy on a mission to stop the deadly terrorist agency called GORGON! Now, it’s up to Wade to complete his victim’s mission as only he can – with excessive violence, an accelerated healing factor, and maybe, just maybe, a few laughs along the way.

“Deadpool is one of the most darkly comedic anti-heroes out there, and I’m so excited for fans to see him portray a spy in this new digital comic series,” said Chip Mosher, comiXology’s Head of Content. “With buzz over Deadpool still resounding, you won’t want to miss reading his next adventure!”

ComiXology Unlimited offers over 15,000 comics, graphic novels and manga for just $5.99 a month with a 30-day free trial at comixology.com/unlimited.

ComiXology, an Amazon.com, Inc. subsidiary is a revolutionary, cloud-based digital comics service. With content from over 125 publishers as well as thousands of independent creators from around the world, comiXology provides an unrivaled library of comic books, graphic novels, manga and bandes dessinées. The company’s first-in-class innovations include the exclusive Guided View technology which provides an immersive and cinematic reading experience and a new monthly subscription service. ComiXology is based in New York City, with operations in Seattle and Los Angeles. For more information, visit comixology.com and follow the company on Twitter, Facebook and Tumblr.

Marvel, a wholly-owned subsidiary of The Walt Disney Company, is one of the world’s most prominent character-based entertainment companies, built on a proven library of more than 8,000 characters featured in a variety of media over seventy-five years.  Marvel utilizes its character franchises in entertainment, licensing and publishing. For more information visit marvel.com. © 2018 MARVEL