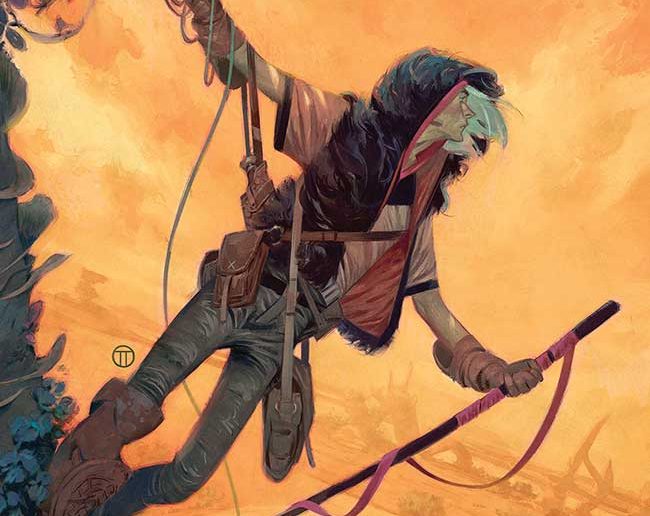 BOOM! Studios released this sneak peek of Coda #3 that arrives on July 25th.

CODA #3
Writer: Simon Spurrier
Artist: Matias Bergara
Publisher: BOOM! Studios
Cover Price: $3.99
Release Date: July 25, 2018
This all-new series, which sold out at a distributor level before the release of the first issue, reveals the aftermath of an apocalypse which wiped out nearly all magic from a once-wondrous fantasy world, in which an antisocial former bard named Hum seeks a way to save the soul of his wife with nothing but a foul-tempered mutant unicorn and his wits to protect him…but is unwillingly drawn into a brutal power struggle which will decide forever who rules the weird wasteland. 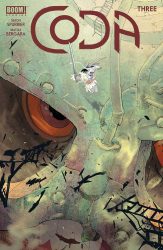 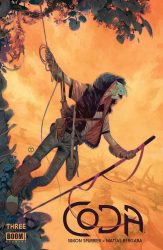 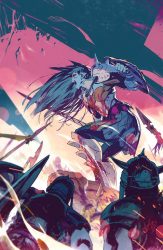 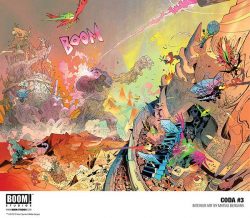