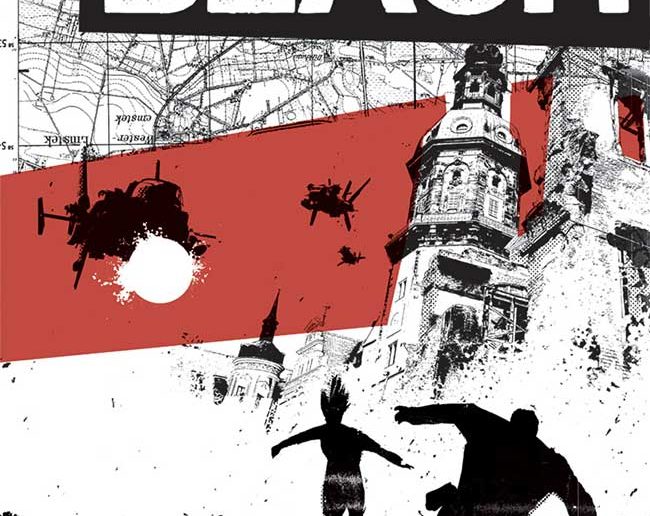 Are you ready for a new action series from Warren Ellis and Jason Howard? Cemetery Beach arrives from Image Comics in September. “ Jason wanted to do an action book, so I wrote something that starts with a conversation in an interrogation room, ignites four pages later, and doesn’t stop until the end of the final issue—which he’s drawing right now, so when issue #1 comes out, the whole series will be in the can,” said Ellis in a statement from Image Comics. “It might be the most relentless action book I’ve ever written.”

In CEMETERY BEACH, a professional pathfinder, his only ally a disaffected young murderess, breaks out of a torture cell in pursuit of his worst extraction scenario ever: escaping on foot across a sprawling and secret off-world colony established a hundred years ago and filled with generations of lunatics.