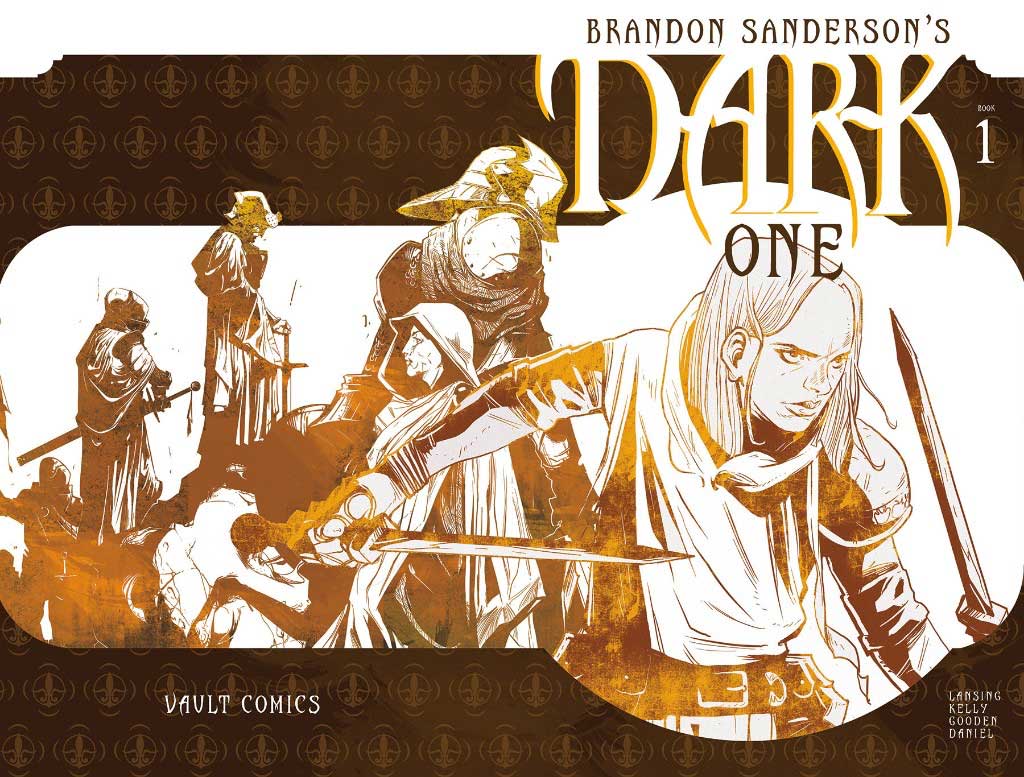 Vault Comics announces Dark One an OGN from Brandon Sanderson

Vault Comics has announced a new graphic novel series from Brandon Sanderson, titled Dark One, that is scheduled to arrive in the Spring of 2019.

According to Vault Comics, “Dark One is a fantasy epic about the people caught in a conflict between two worlds: Earth and a dark-and-deadly fantasy realm. The graphic novel will be made concurrently with a TV series that is being produced by FremantleMedia North America (FMNA) and Random House Studio.

Planned as a two-volume graphic novel series, Brandon Sanderson’s Dark One will be co-written by Jackson Lanzing and Collin Kelly (Joyride, Hacktivist). ” Dark One will be a dramatic fantasy adventure spotlighting a young man who sees visions of strange and fantastical worlds, which he is told are just hallucinations. But this dark and deadly fantasy world that keeps coming to him is actually a real vision of another world – one where he has been prophesied to become a tyrant and destroy this land of interesting creatures, sporadic electrical currents and a darkening landscape.