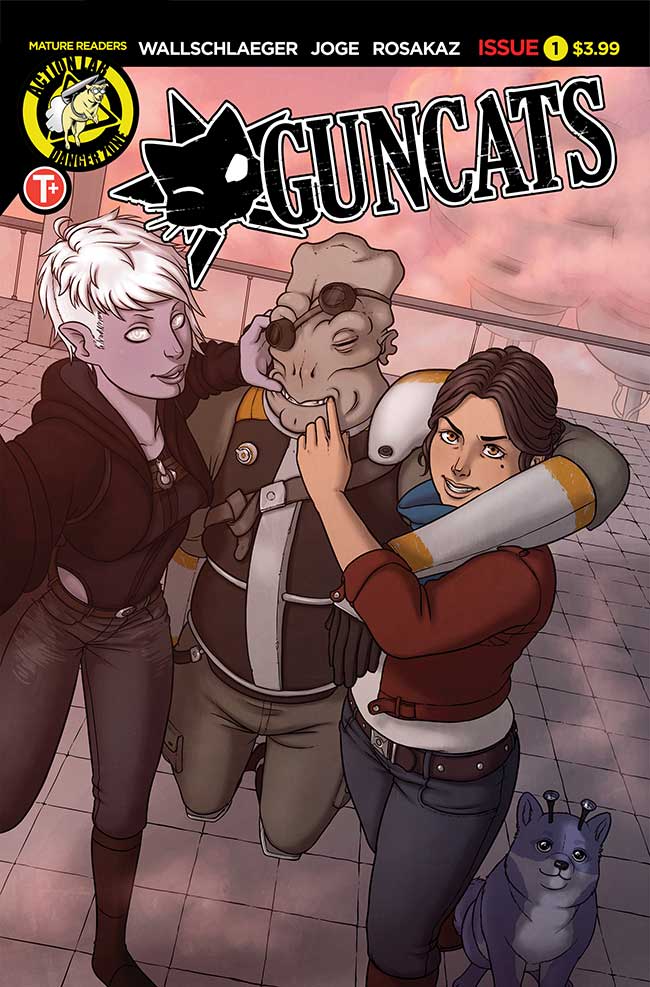 It’s enough to pique my interest, and fortunately, there is a preview with more details on the series, after the jump.

Meet your new favorite bounty hunters! When a pair of rookie bounty hunters accept a dangerous job in the wildest corner of space, they stumble into a fight they weren’t prepared for—and draw the ire of the baddest criminals in the galaxy.

“What we want most for our readers is to simply have fun. GUNCATS is silly and adventurous and stylish, and we just want you to dig in and enjoy the ride. And if you can do so while listening to Sleigh Bells’ entire discography, even better,” said creator and series writer Samantha Wallschlaeger.

“When Joge and I began working on GUNCATS nearly four years ago, we set out to make the kind of comic we desperately wanted to read. I was longing, at the time, for more books centered around the magical phenomenon that is female friendship. Cass and Iola travel to hell and back together—many times as a result of their own flaws—and they always come out on the other side even closer than before. Through all the gunfights and aliens and wall-to-wall action, GUNCATS is, at its core, a story about how a pair of BFFs have the tenacity to take on the world (or in this case, the galaxy).”