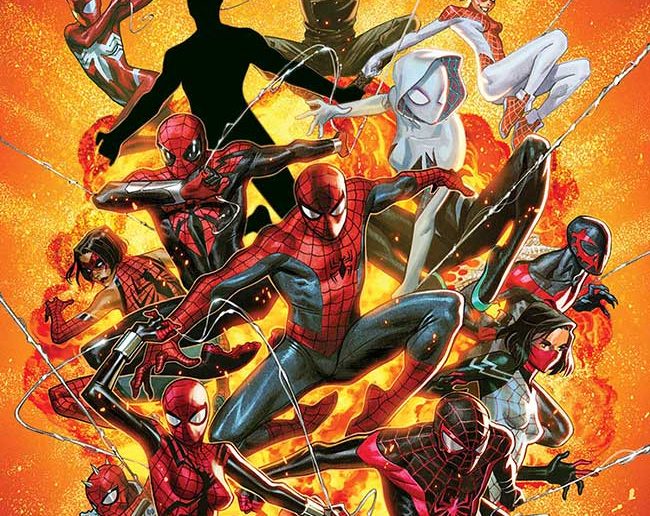 Marvel has released this teaser image for Spidergeddon, which seems to imply we are heading back to the Spider-verse that became the central storyline in 2014. While some people hate the idea of a multiverse, the Multiverse is the best – THE BEST – way to allow creators to run wild and tell the best stories they can without the absolute need to be mired down in the continuity of one character. I think at this points the idea of a multiverse is known by a large part of the population, and an even larger part of geekdom, that any and all publishers should run with the multiverse concept.

As far as this upcoming Spider-Man series, I’m Spidergeddon it, are you?