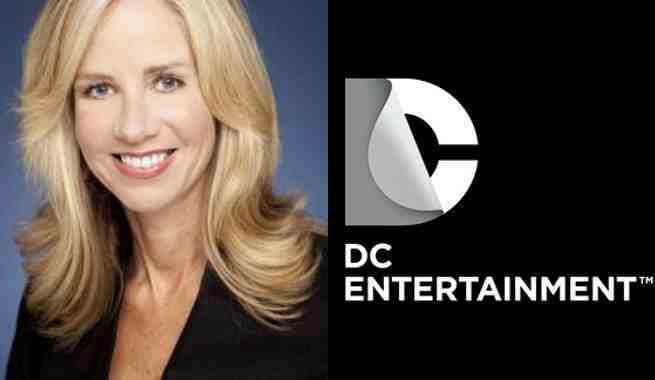 We probably saw the writing on the wall when Diane Nelson took a leave of absence from Warner Bros. back in March, but it is now confirmed, the president of DC Entertainment and Warner Bros. Consumer Products is not returning.

The story broke on THR yesterday when WB Entertainment CEO Kevin Tsujihara released the following statement in a companywide announcement:

“Diane has been a friend and colleague as well as a valued member of the Warner Bros. family for more than 20 years,” he said. “Throughout her tenure, her leadership and contributions have helped shape the way the studio operates today, and we’re better for having had her on our team. While we’re sad she’ll be leaving us, we completely respect and support her decision. Whatever her next chapter holds, I know she’ll make it amazing.”

“Warner Bros. has been my home for over 20 years with a wide variety of incredible professional experiences,” Nelson said in a statement. “The last nine — rebuilding and managing DC Entertainment — have been a particular highlight and privilege. With the support and talents of our staff and creators, I am proud to leave DC even stronger than when I joined it. I will miss everyone — particularly my executive management team — without whom none of our achievements could have been realized. And I am excited to take on my next professional adventure.”

Nelson was a 22-year veteran at Warner Bros. and was largely responsible for bringing Harry Potter to the big screen. As DC president, she was able to streamline a lot of the management at the company and was there when it launched the New 52. Because of her knowledge of media, Nelson is also cited as the person who drove the creation of the Arrowverse between The CW and DC Entertainment.

There are a number of online “personalities” who were not fans of Diane Nelson at DC Entertainment, but I think she made a huge positive impact on the company. What about you? Was she a positive force for the company, or was it time for her to go?

And more importantly, what is going on with others at DC who were part of the big media division, who have suddenly gone quiet?