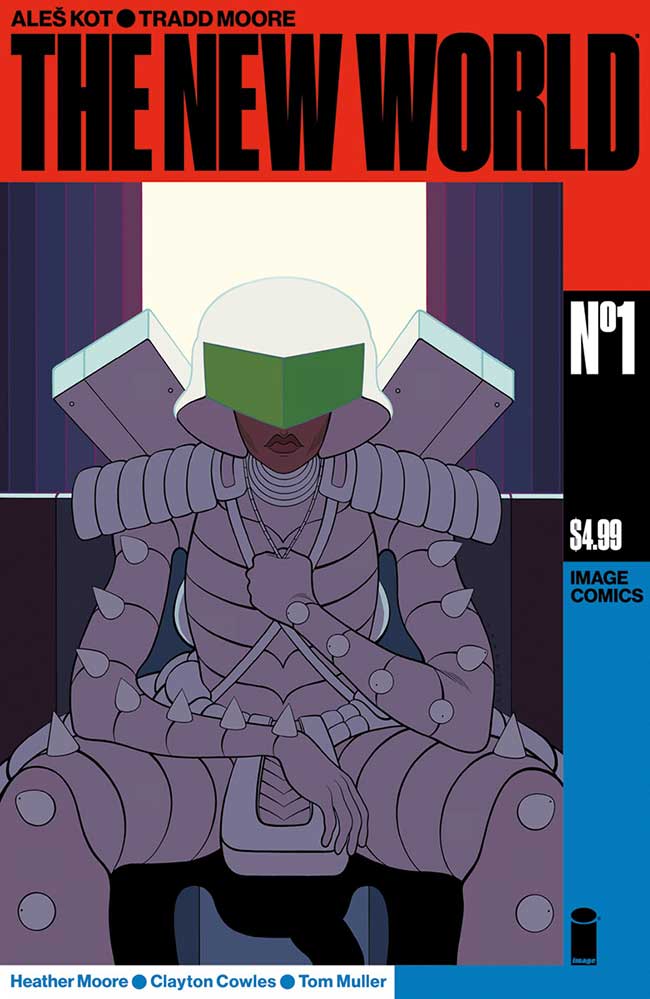 Set in The United States of America—after the Second Civil War—THE NEW WORLD follows two lovers. One: a straight-edge vegan hacker anarchist boy with a penchant for messing with the State. The other: a chaotic, hedonistic cop with a reality TV show and a license to kill. This really shouldn’t happen—and yet, somehow, it does. Soon, the entire state of New California is after them—so they have to run.

The first issue will be 72-pages, which is pretty impressive by itself, but The New World #1 will also include a backup comic from Aaron Stewart-Ahn and Sunando C.