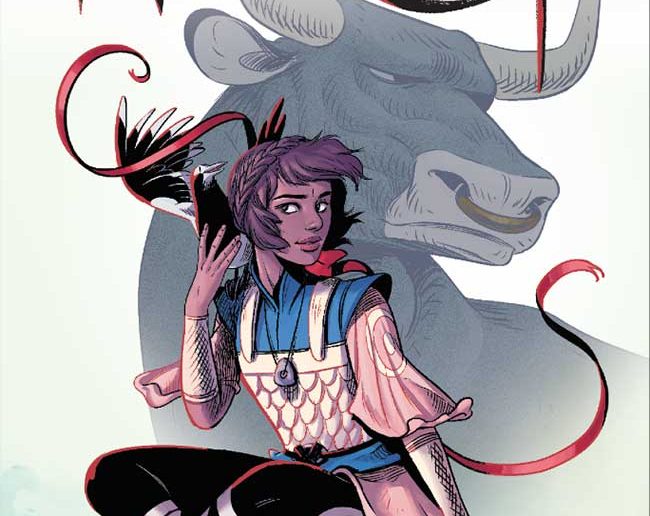 In November, Image Comics will release the original graphic novel, Norroway, Book 1: The Black Bull of Norroway, based on the Scottish tale of the same name.

Sibylla had always craved adventure, but she never guessed it would show up at her door in the form of a giant, magical bull. Who knew a prophecy could be so literal?

The OGN is created by the sibling writer/artist team of Cat Seaton and Kit Seaton.

“NORROWAY is the result of the stories my sister Cat and I told to each other on dark nights when we were growing up,” said Kit Seaton in a prepared statement. “This is a new series inspired by all the things we love about ghost stories and the old dark fairy tales. It’s about curses run amok, doomed knights, dancing princesses, shipwrecks, and young peasant girls destined for adventure. Take warning, however: even good intentions can lead to dangerous places.”

“I remember hours spent in the car with the family, winding through misty mountain roads as our father played J.R.R. Tolkien, Clive Barker, and Stephen King on cassette over the tinny car speakers,” said Cat Seaton. “Fairy stories and quests and nightmares and triumphs merged into one as the miles spilled on before us. Since I was a child I have pursued folk tales, and my favorites have always been those that grow ever darker but are edged with a glimmer of light. We hope you find the light in NORROWAY. ‘Be brave, you have many trials to come.’” 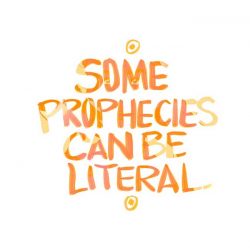 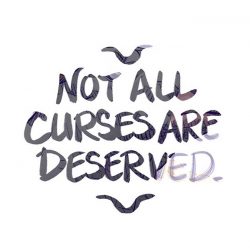 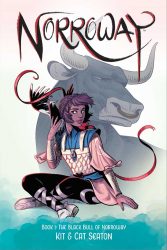 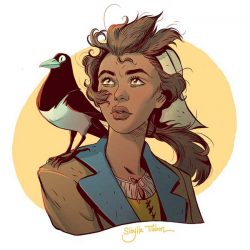 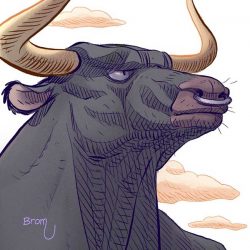 Norroway, Book 1: The Black Bull of Norroway is set to arrive in stores on November 7th.