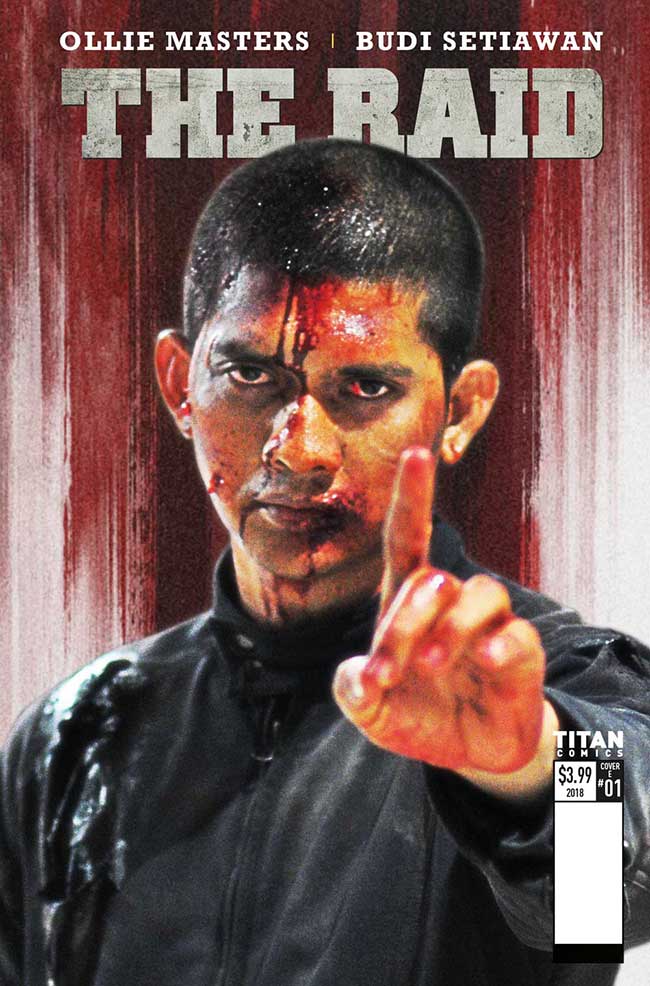 Titan Comics has announced it is adapting the martial arts movie series The Raid into a comic book mini-series.

If you have never seen The Raid, you are missing out on an over the top martial arts masterpiece filled with all sorts of over the top stunts and over the top violence.

Punching and kicking its way into stores in August 2018 with Issue #1, Titan Comics’ new four-part series brings the bone-crunching cinematic martial arts action to the bloodied page. Readers are invited to go beyond the movie to discover the shocking story behind fan-favorite characters, Hammer Girl and Baseball Bat Man.

I’m really digging the preview art Titan Comics sent our way, and this will definitely be worth checking out in August.