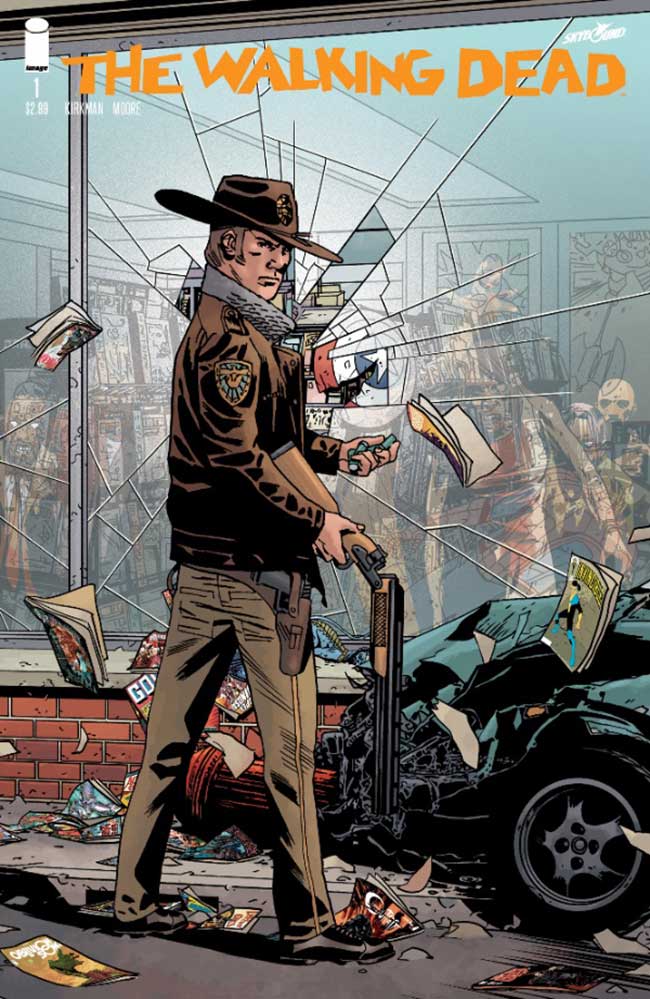 Image/Skybound Entertainment is thrilled to reveal the first of many collectable THE WALKING DEAD DAY items for fans to keep an eye out for—THE WALKING DEAD #1 15th ANNIVERSARY VARIANT—which boasts cover artwork by current series artist, Charlie Adlard, for the first time, with colors by Dave Stewart.

A selection of WALKING DEAD DAY participating local comic shops will become a part of the iconic story with their own special edition of this cover which will feature the store’s logo incorporated into the cover artwork. Fans should contact their local comic shop to inquire as to retailer participation in store exclusive version and to learn more about limited WALKING DEAD DAY promotional swag available.