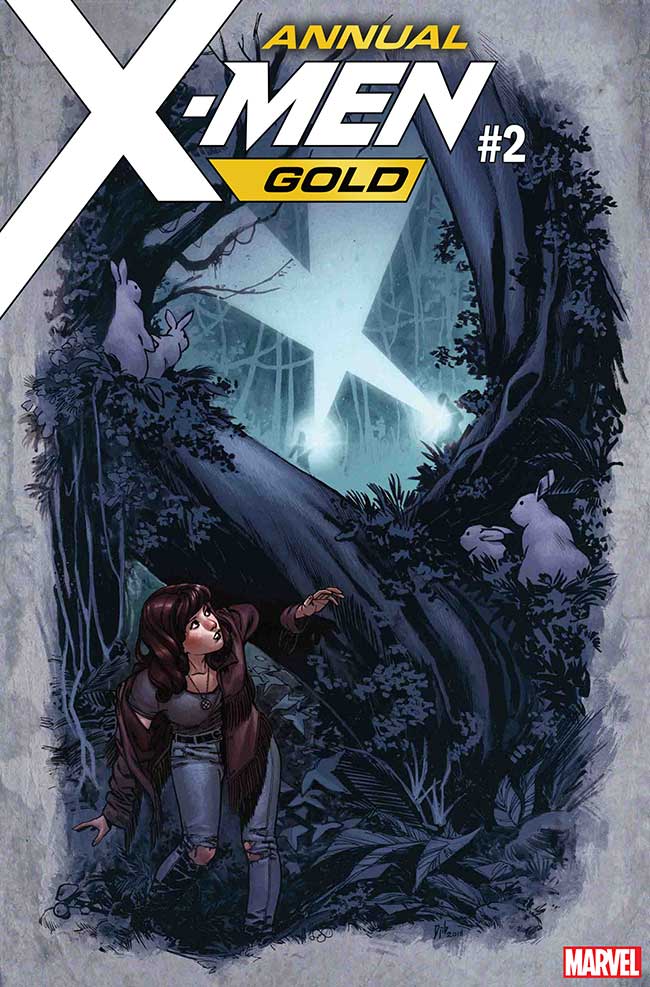 The annual is written by Seenan McGuire with art by Marco Failla.

“I am over the moon to be working with this amazing creative team and in this world that I have wanted to be a part of for most of my life,” shared McGuire. “Like so many of us, I started reading the X-Men before I was old enough to have been a student at Xavier’s Academy. Kitty Pryde was my hero for most of my childhood. She was smart, she was curious, she got to be an X-Man and go to space and have a dragon for a friend–she was basically everything I wanted to be.”

“The thing about Kitty is that she was the only teenager on the team for a long time, and so she didn’t really get to do a lot of what we’d consider to be normal teenage things,” said McGuire. “Or maybe she did, and it just wasn’t the focus, since it wouldn’t involve the rest of the X-Men.  This book is filling in one of those gaps.  It’s part teen camp comedy, part heist, and part reminder that the X-Men aren’t the entire world, whether you’re a human, a mutant, or still too young to know.”