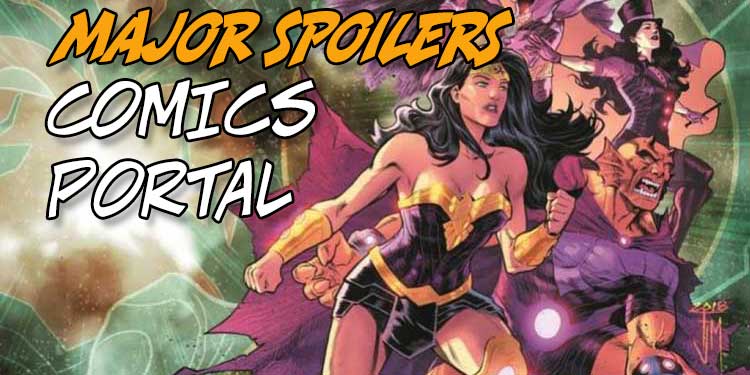 Certain trends just tend to repeat themselves in the comics universes. I’ve recently noticed a few that are happening once again. Sadly.

So I thought I’d just touch on a few of them rather than hit them once again in depth. Recently, both Marvel and DC have been restarting several books with number one issues. This happens when sales start to dip, and that coincides with books reaching beyond, say, issue #20 or so. Whether it’s our attention span that’s shortened, or that collectors just don’t want to keep every single issue in a run any longer or both, I’m not sure. But number ones are the biggest-selling thing going in comics today!

It’s hard to fault them. Kick-off issues sell so much better than, say, #50 because people want that initial book. I know I don’t want to read anything until I’ve read that first book either!

So, number ones are back again (although I doubt they ever really went away)! Marvel recently released word that West Coast Avengers is coming back. Since the X-Men franchise has fallen on hard times, the Avengers are the House of Ideas’ best-selling group of titles. It’ll tell you something about how long I’ve been buying comics that I bought and read that first run of West Coast Avengers, lo, those many years ago.

Will it be long before the Great Lakes Avengers return? I don’t think so!

The aforementioned Justice League books are being split into four titles. I’m a little concerned because carving teams into smaller groups often turns into just a delaying tactic before reuniting a group “because you demanded it!”

Now, I’m a BIG fan of Scott Snyder, and I’m anxious to see what he and the other writers will do with the League as they move forward. But I still feel somewhat nervous that this will last about as long as when Dick Grayson was Batman. Or when Steve Rogers was supposedly dead. You get the idea.

But I’ll go on record right here, right now as saying that things will snap back to their original line-ups just as soon as sales start to fall. Part of the recent Marvel and DC reworkings has been moving creative teams around on various titles. Dan Slott on the Fantastic Four instead of Spider-Man, the previously mentioned Scott Snyder on Justice League after Batman, that kind of thing.

This accomplishes a few things, including pulling creators’ fan bases with them to the newer books. It also helps give a shot of creativity into comics that might be falling on hard times in terms of sales numbers.

I mean, Slott fans are likely ready for a change from Spidey to the FF. And they might just be pretty curious to see what he has in mind for “The World’s Greatest Comics Magazine.”

I know I’m anxious to see what Mr. Snyder has in mind for the League. Should be fun!

I WISH WE’D GET BACK TO GREAT STORYTELLING

What bothers me the most about all these sales enhancers is that they often have little to do with storytelling, which is what a fan like me wants to read. I mean, I hope we do get that, but it’s often a byproduct instead of the main goal, which is to sell more books.

Again, I understand that it’s show business, that the comics creating companies need to take in money in order to keep making more books. But I wish that were much less of the focus for such repeating trends.

I even have this strange thought that, if great storytelling was happening, the sales would take care of themselves. Funny notion to many, I’m sure.

What do you think? Do you plan to buy the new Marvel and DC number ones? Are you anxious to see the creative teams on new titles? Are team books back for good? Whatever your opinion, be sure to share it in the space below!