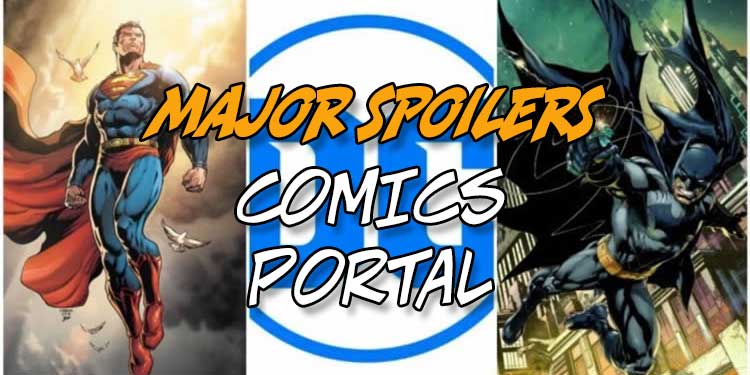 All of us, in our heart of hearts, likely knew this was going to happen eventually.

DC Comics had made a big deal out of their “Drawing the Line at $2.99” effort. But with printing and other costs continue to rise, I wondered how long that could continue.

Well, last Thursday, word hit the industry that DC is now raising the prices on some of their comics, both digital and print, with the lowest amount being $3.99.

THE EFFECTS OF THE CHANGE

As many of us may remember, the “Rebirth” relaunch in 2016 featured that “Drawing the Line at $2.99” initiative. Then in January of 2017, DC increased the price of several of its ongoing titles but kept their twice-monthly shipping comics at $2.99.

Some $3.99 physical DC titles were sold for $2.99 digitally until recently.

However, this doesn’t affect every book DC sells. Their “New Age of DC Heroes” or kids titles will not see a price increase. This includes Curse of Brimstone, Damage, Immortal Men, New Challengers, Sideways, Silencer, The Terrifics, and The Unexpected – will stay at $2.99. This is likely taking place since the company did such significant promotion for that line selling at $2.99.

Another development that happened last week was that DC dropped complimentary digital codes previously included in all physical titles priced at $3.99.

Apparently, the twice-monthly comics will continue to sell that way, but with the new price point.

THANKS TO YOU, DC I know there’s a lot of fussing going on via the Internet that DC should actually be lowering the price of their comics since they use a digital process in order to reduce expenses. Paper and ink costs aren’t the only ones on the increase, though, so I’m okay with it.

Maybe I’m just being paranoid, but I did some checking and many of the online people saying that about DC came out strongly in support of Marvel putting Civil War II out for $4.99 although there were NO extra story pages. Instead, the title page turned into a double-page spread and the number of ads increased, among other things. Ah, double-standard, we love ya!

Personally, I want to thank DC for making it possible for me to buy more comics for such a long time. I did buy so many that I fell behind in my reading, which caused me to devote a whole Saturday afternoon to catching up, but I’ve been able to keep up since then.

I mean, I could buy several more books at $2.99 than I could at $3.99. That extra dollar added up every few comics or so. And I did enjoy a lot of those books. Even when some of them added a dollar to each issue, I was able to pick up a bunch of them thanks to several still going for $2.99.

DC does have a lot of interesting new product headed our way, including the new Justice League series’ of books, so I may have to look at other places to tighten my belt and pick up the good stuff.

WILL THIS HELP OR HURT THE INDUSTRY? I’m always worried about the industry sinking so low that there’s no point in making more product. And I’m sure that some of the folks who bought the $2.99 books will have to either reduce their pull lists or take a vacation from buying comics if they must choose between that and their power bills. It only makes sense.

Of course, Alterna still sells their comics at $1.99, so that might be an alternative for some to consider. I’m just too long-term a DC fan to buy too many books from other companies for now.

Overall, though, I think fans understand that this had to happen. However, if it helps open the door for Marvel to up their prices from $3.99 to $4.99, that won’t be good, I believe. There is a place beyond which I don’t think comics can be afforded by a significant number of fans. If we get there, we could see a lot of people turning to movies and TV shows for their comics fixes. I would not be for DC doing the same increase either!

What do you think? Should DC have lowered their prices or raised them? Is it time for Marvel to raise their price per issue? Does Alterna appeal to you with their $1.99 cost? Whatever your opinion, be sure to share it in the space below!