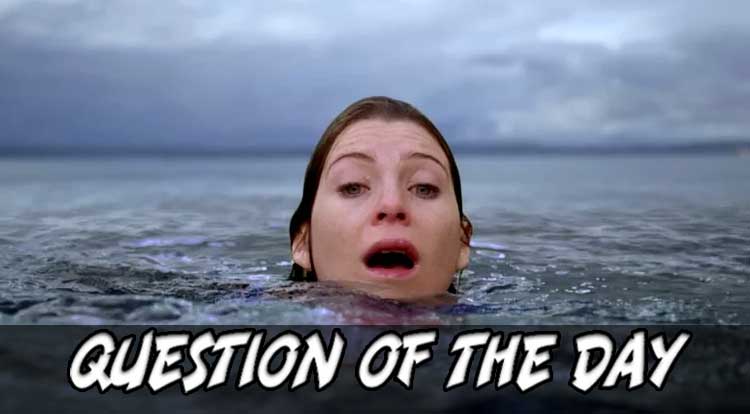 Thanks to my wife’s enjoyment of medical and police procedural-type shows, I’ve spend a lot of time recently watching build-up to big, explosive season finale nonsense.  Dr. Kepner was nearly killed in a car accident, Abby the lab tech was shot and I think there was something with LL Cool J and Robin on that other show, but I tuned out by that point.  Fictional characters need drama, so the thought process goes, and much of that drama is created by twists of fate like dead family members, terrible injuries and (in the case of ER) rogue helicopters dropping from the sky.  Our imaginary friend have terrible luck, it seems, but which of them has the worst luck of all is debatable, leading to today’s unforeseen query..

The MS-QOTD (pronounced, as always, “misquoted”) thinks it’s a toss-up between Garth Ranzz (killed, lost arm, son stolen by Darkseid to become super-villain, rebooted into a complete jerk) and Meredith Grey (husband and most of her friends killed, maimed or scarred, mother died suddenly, sister eaten by wolves), asking: Which of our fictional friends has the worst luck of all?