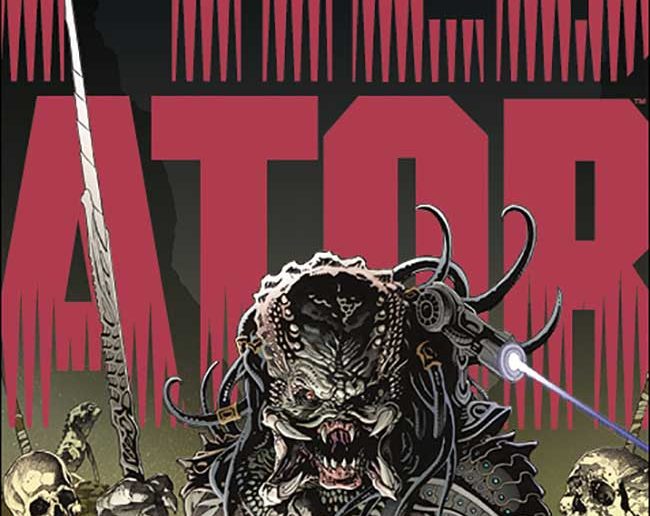 Following the success of Dark Horse’s latest Predator miniseries, Predator: Hunters and the excitement for September’s upcoming The Predator film release, we are thrilled to announce the release of not one, but two Predator projects from Dark Horse Comics coming later this year! For fans craving new bloody action, writer and Senior Dark Horse Editor Chris Warner (the artist from the original Predator comics from 1989) returns to team up with artist Agustin Padilla for a blood-drenched adventure in Predator: Hunters II! Since the beginning of time, Predators have come to Earth from their home among the stars to stalk and kill the strongest of humans for sport. But now the tables have turned, and a group of human hunters has set their sights on the Predators. But they soon find out they are competing with a mysterious government agency that is after the same prey. The hunt is on, and only the strongest and smartest will survive!

And for those who crave the blood-soaked nostalgia of Dark Horse Comics nearly 30 year run of Predator, we proudly announce Predator: The Essential Comics Volume 1 TPB! Before the 1990’s film Predator 2, Dark Horse released a full-color comics sequel to one of the greatest action films of all time written by Mark Verheiden and illustrated by comics mainstays Chris Warner and Ron Randall. This was to become just the beginning of an ongoing line of many Predator tales. Collecting Predator: Concrete Jungle, Predator: Cold War, and Predator: Dark River, Predator: The Essential Comics Volume 1 TPB is a value package for those who value action. Predator: Hunters II #1 goes on sale August 08, 2018, and is available for preorder at your local comic shop.

Predator: The Essential Comics Volume 1 TPB goes on sale December 12, 2018, and is available for preorder on Amazon and Barnes & Noble. This 368-page paperback volume is value priced at $24.99.