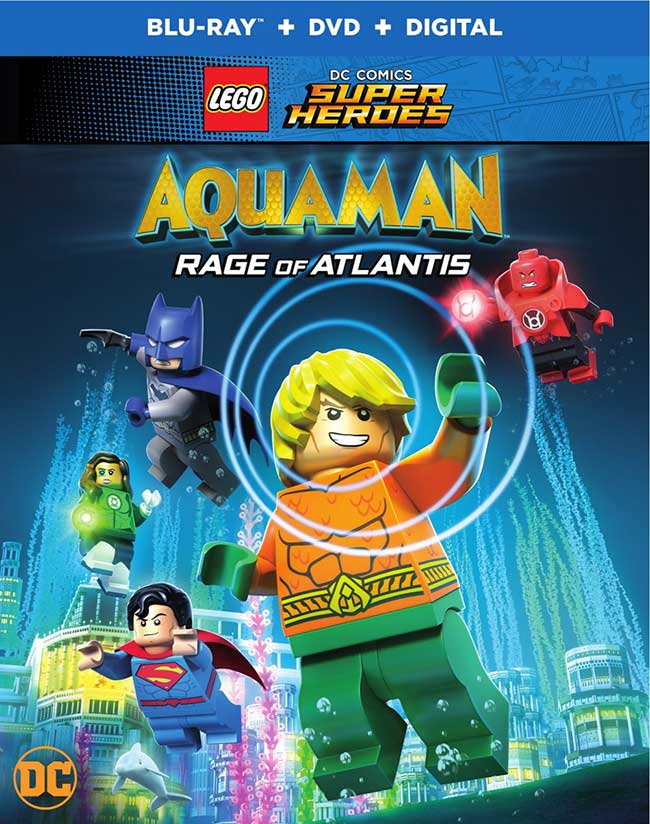 In LEGO DC Comics Super Heroes: Aquaman – Rage of Atlantis, the King of Atlantis must make some difficult decisions to ensure the future of his ocean realm. Under attack from Atrocitus and the Red Lanterns, Aquaman realizes he must relinquish his sovereignty and go on a journey to regain his confidence before returning to his rightful throne. Along the way, Aquaman reunites with the Justice League – including Batman, Superman, Wonder Woman and newest member Jessica Cruz/Green Lantern – to conquer Atlantis’ latest enemy and reemerge as the ruler of the Seven Seas.

The movie will arrive on Blu-ray Combo Pack and DVD on July 31, 2018, for a suggested retail price of $24.98. If you get the physical copy, you’ll also get a Jessica Cruz Green Lantern mini-figure, which may be the main reason I grab this version. If the mini-figures aren’t a big deal for you, you can also get the digital version, which looks like it will release on the same day for $19.99.

I’m very surprised at the physical/digital same day release, as for many years – including the recent Batman Ninja release, the digital version has arrived a couple of weeks ahead of the physical version. It will be interesting to see if this is a company-wide shift in releases due to “concerns” from the brick and mortar stores.