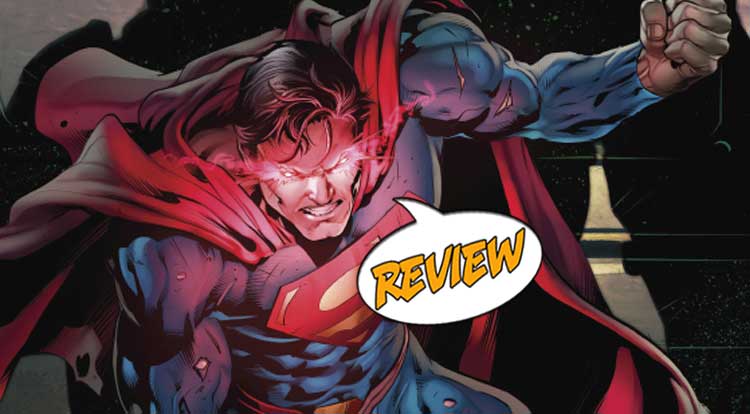 The Man Of Steel is ready to fight the never-ending fight, but who is his unexpected foe?  Your Major Spoilers review of Action Comics Special #1 awaits! Previously in Action Comics Special: “When Superman’s world was reborn, his greatest enemy became his most unexpected ally.  But does that truly reflect Lex Luthor-or was it all a sham?  Now, as Lex Luthor’s path toward righteousness reaches its apex, he finds himself involved in an adventure in which Superman stands to be destroyed.  What choice will Luthor make?  Will he save Superman or watch him die at the hands of a foe he could not possibly imagine?”

WRAPPING UP FOR THE NEW ERA?

Our first story opens with someone breaking into the Fortress Of Solitude, using technology to overcome the Man Of Steel’s security systems, followed by an attack on Lois Lane’s life.  Whomever is attacking knows the Kents secrets, going after Mrs. Superman directly, but when Superman investigates he has a problem: All the leads points to Lex Luthor, but Luthor cannot have done it.  Not only are the missiles involved a combination of Kryptonian and LexCorp tech, but the attacks feel personal.  When the actual assailant is revealed, things are both more and less complicated than they seem, thanks to Flashpoint resetting the universe.  In our second story, Clark and Lois emcee the White House Correspondent’s Dinner, a story that… just feels really off?  There are references that could be topical political lines, but nothing quite lands, and the story ends with Lex considering a run for President.  The third story is a cute, but really disposable bit of fun about Lois’ car getting wrecked and Superman getting her the perfect replacement gift…

THEY HAVEN’T KILLED OFF JON AND LOIS YET

I’m not 100% sure what the role of this special is, to be honest.  If it’s meant to be the close to a Superman era, it’s an odd one, with the first story tying into 1990s continuity, the middle one feeling a little too close to contemporary politics and the third one isn’t really anything at all.  Having recently read Action Comics #1000, a similar package of stories, this book feels like stories that either didn’t fit or didn’t make it in time to fit in that book, but all in all it’s not a bad read.  All three stories feature strong art (especially our third entry, with Francis Manapul delivering a really impressive Superman, art that well outshines the story) and the overall effect is reminiscent of traditional summer Annuals.  If only it didn’t cost five dollars, it would make for a really nice Man Of Steel palate cleanser.

So, what we have is a comic book whose mission is unclear, whose stories aren’t really well-matched, but that has some strong art and writing (but mostly not at the same time.)  In short, Action Comics Special #1 has some things going for it, including some lovely art, a couple of nice continuity bits and well-written Loid Lane, but still feels a little anemic for the price point, earning 3 out of 5 stars overall.  The best part of this issue comes in the use of the Kents still as a family, which I hope survives into the new Bendis era.  Fingers crossed!

Three stories, three different tones, all with their own strengths (and weaknesses.) Not a bad package, save for the price point...