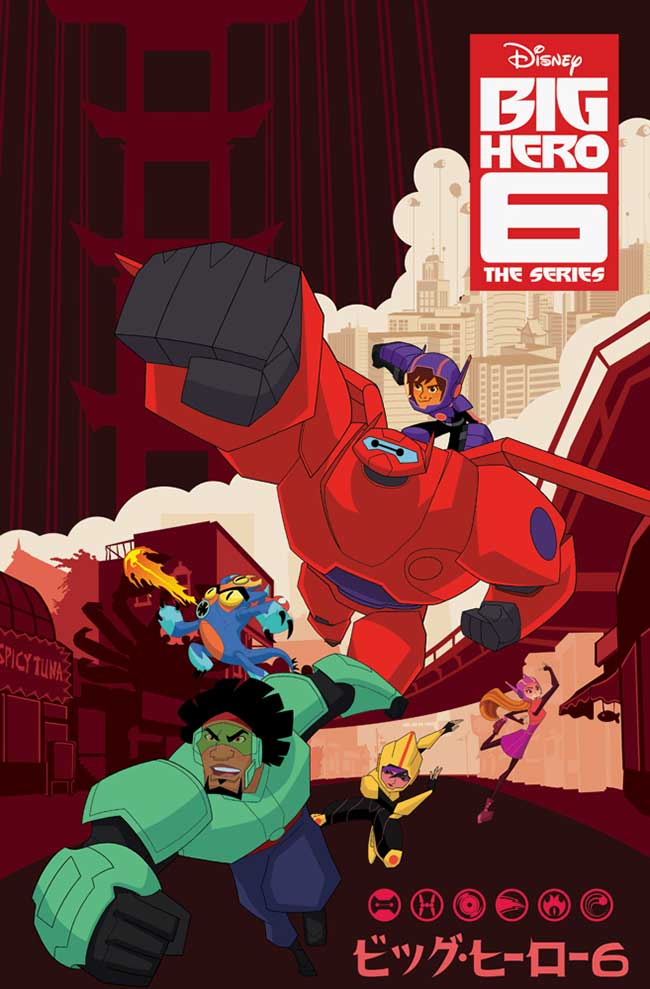 IDW Publishing has struck a deal with Disney for a comic book series based on the animated Big Hero 6 television series. The comics are scheduled to arrive this summer.
Disney

IDW Publishing has struck a deal with Disney for a comic book series based on the animated Big Hero 6 television series. The comics are scheduled to arrive this summer. Big Hero 6 was an original comic series created by Steven T. Seagle and Duncan Rouleau for Marvel Comics in 1998, but when Disney decided to turn it into an animated film, the likeness to the original faded away completely. Now that the Disney Channel is set to release an animated television series based on the Big Hero 6 movie, IDW Publishing is there to continue those adventures.

Protecting San Fransokyo is no easy feat, but Hiro and the team are up to the challenge. “Big Hero 6 The Series features an amazing cast of characters. I couldn’t love them more, and I couldn’t be happier to be working on this book,” said Editor Joe Hughes in a press release from the publisher.

The series will be written by Hannah Blumenreich, with art from Nicoletta Baldari. The first issue is scheduled to arrive in July, while the animated television series is set to debut on Saturday, June 9th.