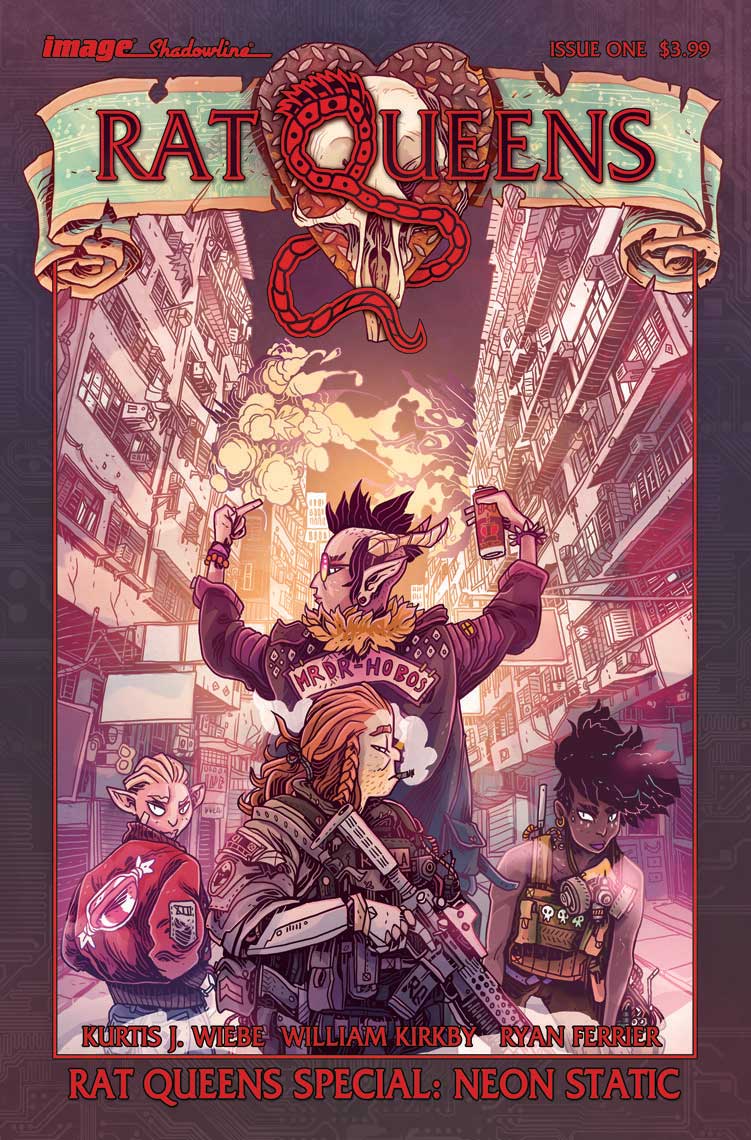 Rat Queens fans, get ready to jump up and down – Image Comics has announced the upcoming Rat Queens Special: Neon Static one-shot that arrives in July.

“This one-shot is an opportunity to take the Rat Queens to a space that we’ve never been before,” said series creator and writer, Kurtis J. Wiebe. “With Will Kirkby, the Neon Static issue is unlike anything we’ve ever done before, and his artistic style is the perfect opportunity to experiment with any wild ideas that come to mind. It’s all the personality you’d expect in a setting you’d never expect. Cyberpunk sass and sorcery.”

Readers will need to strap themselves in for a ride to an alternate and futuristic world, where the Rat Queens take to the neon streets of Palisade as an elite team of shadow operatives. An anonymous fiend creeps through the dark web, stealing identities and blackmailing innocent civilians for cold, hard Goldyen—and only the Queens can stop him!